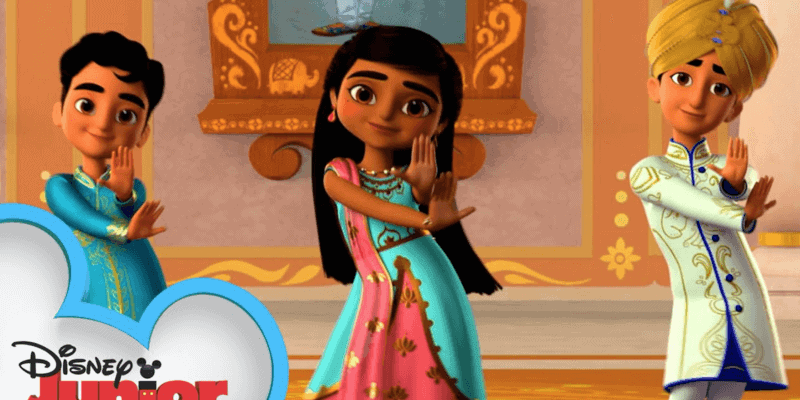 Do you have a little one at home that loves to groove? Or are you are a full grown adult like me who has fantasies of joining the Broadway cast of Aladdin? Well, you can now learn to Bollywood Dance with the magic of Disney!

Disney Junior has released a YouTube video that teaches us how to dance like a Bollywood superstar in under 2 minutes. Check it out below.

Related: “We’re All In This Together”: Disney Sends Heartfelt Message to Kids

On March 22, 2020, Disney Junior in both the U.S. and India launched the new animated series Mira, Royal Detective. The success of the show sparked an idea for Disney to create a new short-form series called Dance with Mira and Friends.

In the series, you join Mira and her adventurous pals as they teach you how to be a Bollywood dancer. And trust me, even if you have two left feet, you will be able to follow along.

The new series is choreographed by So You Think You Can Dance‘s spectacular Nakul Dev Mahajan. During the world premiere at The Walt Disney Studios, Nakul’s choreographer Khushy Niazi brought a Indian Bollywood dance class to a group of kids! Thankfully, Disney Junior uploaded the tutorial online so we could all learn how to “Lotus Rainbow” and “Foot stomp” like an Indian dance pro.

The tutorial is only four simple moves, and it’s a great way to get you or your kids up for some quick exercise between Disney Junior episodes while learning a little more about Indian culture. Plus, you can learn the official dance of India from a professional dance teacher for free!

If you want to learn more on how to be a Bollywood film superstar, or if you are missing those Disney Junior Dance Parties over at Disney’s Hollywood Studios, check out the new series Dance with Mira and Friends. The show premiered Monday Aug. 24 at 8:55 a.m. ET/PT on Disney Channel.

You can also watch Mira Royal Detective on Disney Junior, Disney Junior YouTube and DisneyNOW. It’s the perfect way to bring the magic of Disney into your home.

Will you be learning this fun dance with your family? Let us know in the comments below.