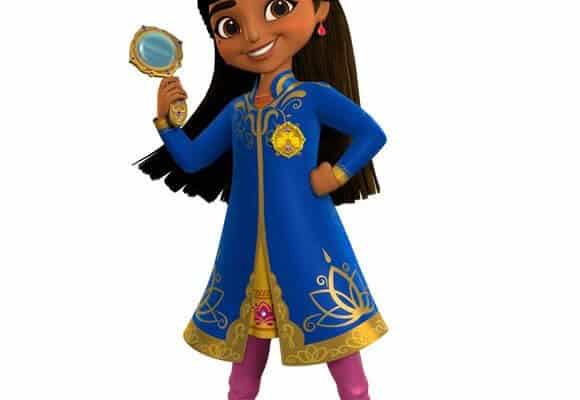 Disney just announced their latest television endeavor: a celebration of Indian customs and culture. “Mira, Royal Detective” is the new animated series that will begin airing on Disney Junior, Disney’s television channel aimed at a preschool-aged audience, beginning in 2020.

The animated series is set in the fictional land of Jalpur, inspired by India, and follows Mira, a productive and resourceful young girl who is appointed as the kingdom’s royal detective after saving Jalpur’s young prince.

“We are eager to introduce kids and their families to the rich, diverse cultures and customs of India through Mira, a young girl who looks at things with her own unique lens to gain different perspectives and help others in her community,” said Disney Junior Senior Vice President Joe D’Ambrosia. “We hope that she will encourage our audience to actively engage with the inspiring world around them and appreciate the little details that make life extraordinary.”

Disney provided some more details on the upcoming series in a press release:

As royal detective, Mira travels throughout the kingdom helping royals and commoners alike. Along with her friend Prince Neel, a talented inventor, creative cousin Priya, and comical mongoose sidekicks Mikku and Chikku, she will stop at nothing to solve a case, taking young viewers on adventures that highlight critical thinking and encourage deductive reasoning. Rooted in India’s vibrant heritage, each episode will weave authentic music, dance and customs into two 11-minutes stories.

Though it is the first Disney Junior series inspired by Indian culture, “Mira, Royal Detective” is not the only Disney Junior series that celebrates diversity and cultures of the world. “Elena of Avalor” follows a young girl on her journey to becoming the queen of her nation, and the show’s titular character is Disney’s first Latina princess. Mira also joins the ranks of several Disney shows with strong female lead characters, including “Elena of Avalor” and “Doc McStuffins,” which follows a young African-American girl as she follows her dream of becoming a doctor.

Mira will be voiced by 15-year-old Leela Ladnier, and the rest of the cast includes several actors of Indian heritage. Among the many stars voicing characters in the new series, Kal Penn (“Designated Survivor”) is cast as one of Mira’s mongoose sidekicks, Hannah Simone (“New Girl”) will voice a young commoner named Pinky, and Jameela Jamil (“The Good Place”) will star as Mira’s Auntie Pushpa.

With a star-studded cast and a storyline rooted in celebrating Indian culture, we have no doubt that “Mira, Royal Detective” will be Disney Junior’s latest hit show when it premieres in 2020. We just wish we didn’t have to wait until then to see it!

What do you think of Disney Junior’s new television series, “Mira, Royal Detective”?