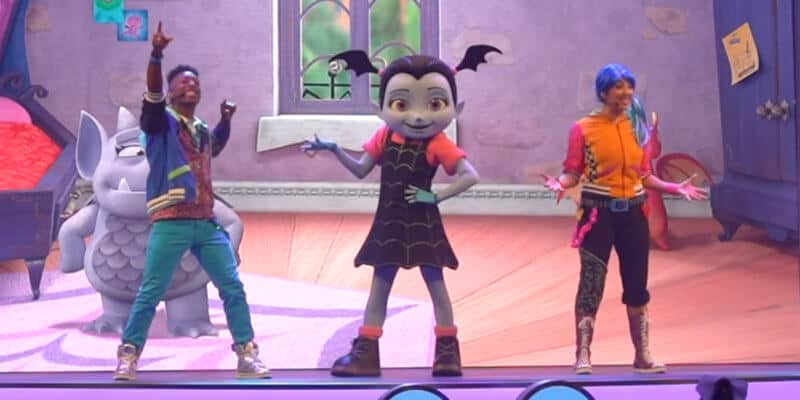 It’s official, the all-new “Disney Junior Dance Party!” has premiered at Disney’s Hollywood Studios. Beginning today, guests can see their favorite Disney Junior stars, such as Doc McStuffins, Timon from “The Lion Guard,” and Vampirina from the hit Disney Junior series, “Vampirina, all together on the big stage!

Experience the new show for yourself below! 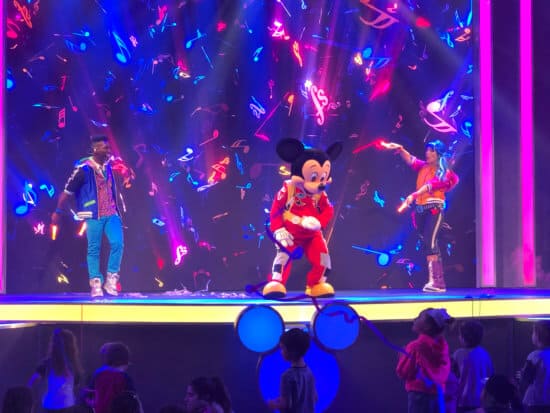 This new show replaces “Disney Junior – Live on Stage!,” which had its final performance at Disney’s Hollywood Studios in September 2018. This winter, “Disney Junior Dance Party!” debuts, hosted by DJ Deejay and Finn Fiesta. It promises to be an exciting musical extravaganza for the resort’s youngest guests with fan-favorite Disney Junior stars and their lovable songs. The show features high-energy songs, special effects and new friends, including Vampirina. Similar to the previous version of the spectacle, guests will be encouraged to sing, dance and play along with their favorite Disney Junior Stars. 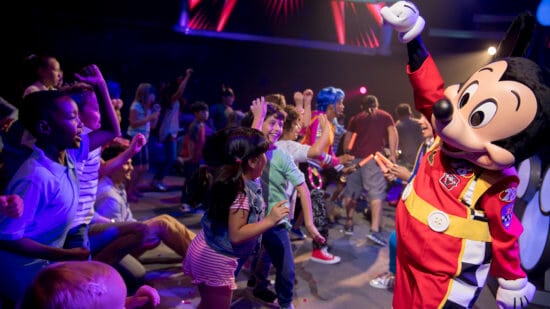 As part of the show’s grand finale, Mickey Mouse from “Mickey and the Roadster Racers” will race onto the stage for a special farewell.

“Disney Junior Dance Party!” has been running at Disney California Adventure since 2017, and a new friend will be added to this show this winter. Vampirina joins the party at Disneyland Resort starting February 1, 2019!

In the meantime, you can watch the full show from Disneyland Resort in our video below.