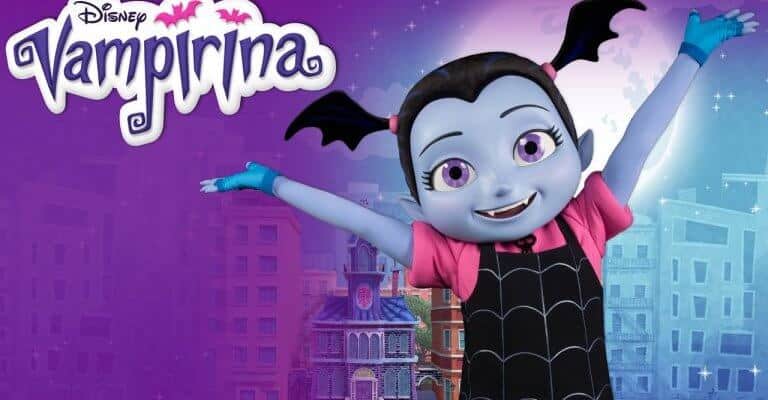 We’ve got fang-tastic news for Disney Junior fans! The adorable little vampire “Vampirina” (AKA Vee) will be making her debut appearances at both Disneyland Resort in California and Walt Disney World in Florida.

Beginning tomorrow, Friday September 7, at Disney California Adventure, Vampirina will be available for guest meet-and-greets, interacting and posing for photos with her adoring public! Then beginning Wednesday, September 19, Vee will make a special appearance in the “Frightfully Fun Parade” during Mickey’s Halloween Party across the esplanade in the original Disneyland theme park.

Whether you’re visiting Disney theme parks on the east or west coast this Halloween season, be sure to say “Hi!” to Vampirina!