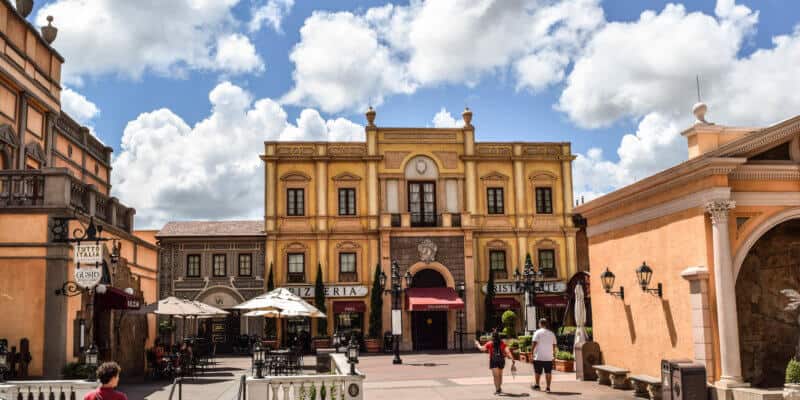 Layoffs are continuing to affect those who work on Walt Disney World Resort property, even though the theme parks have reopened and Cast Members are returning to the Most Magical Place on Earth.

Orlando Business Journal reports today that 505 workers at various Disney operations have been affected by the layoffs. These workers were reportedly expected to be on “temporary leave” or “temporary layoff” status for up to six months. However, the current status of the pandemic makes it unpredictable when exactly they will be recalled, according to the hospitality firm that manages the restaurants affected.

Addresses of the restaurants affected by the layoffs indicate that Tutto Italia in EPCOT, as well as Morimoto Asia and Vivoli il Gelato in Disney Springs, are among those with employees still unable to return to work.

The following statement was sent to Orlando Business Journal from Delaware North Cos. Inc., the Buffalo, New York-based food service and hospitality firm that oversees subsidiaries like Patina Restaurant Group.

A number of our Patina Restaurant Group’s employees in restaurants we operate in the Orlando area have been on temporary leave since April. They recently were notified that as a result of Covid-19’s ongoing impact on the business, the leave could be extended through September or beyond. We are thankful we have been able to recall a number of employees since May as we re-opened those restaurants with limited hours and appropriate health and safety measures under our Dine Safe program for guests and employees.

It’s important to note that while over 500 workers are reportedly still laid off from their positions at dining locations throughout Disney property, that doesn’t mean all of these locations have not yet opened. Tutto Italia at the Italy Pavilion in EPCOT is not among those restaurants that reopened with the Disney World theme parks, and it remains closed. But at Disney Springs, for example, both Morimoto Asia and Vivoli il Gelato have reopened.

The Patina Group has a longstanding relationship with Disney Parks and Resorts.At Disney Springs, there are five Patina-owned restaurants: Enzo’s Hideaway, Maria & Enzo’s, Pizza Ponte, Morimoto, and The Edison. They also own two in EPCOT: Tutto Italia Ristorante and Via Napoli Ristorante and Pizzeria.