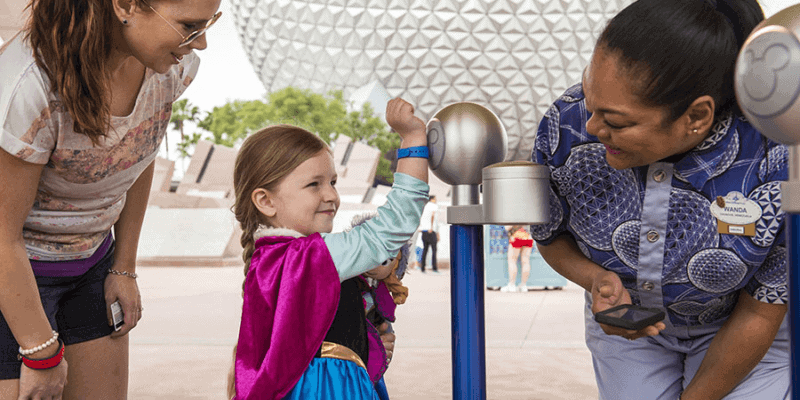 We are now days away from Walt Disney World reopening its theme parks to Guests and as more information comes to light about how Disney intends to increase the cleanliness and sanitation in the parks, The New York Times reports that Guests will no longer be required to scan their fingerprint at park entrances, and Inside the Magic will continue to update this story as more information comes to light.

Disney confirms this is accurate. https://t.co/L5in648AuX

Note that this information comes from a New York Times report. We are still awaiting to receive more information from Disney regarding the fingerprint scanners at the parks. However, it is consistent with a policy in place right before the parks closed in March, when some of the Disney World park entrances were not requiring Guests to scan their fingerprints before entering. Read more here.

Also note that MagicBands will still be used at Disney World (and Guests can still scan their MagicBands to enter the parks), although complimentary MagicBands are being discontinued in 2021.

A picture of the turnstile has emerged showing covers being installed on top of the fingerprint scanner.

Here’s a look at the cover that goes over the finger scanner: pic.twitter.com/PfGgyCZS1M

Before the theme parks closed, there was some debate surrounding the fingerprint scanners not just in regards to park cleanliness, but also regarding privacy concerns. Disney World’s chief reason for incorporating fingerprint scanners at the park entrance is to prevent ticket fraud. They want to be sure it is you and only you that continues to use your pass or multi-day ticket. They do not keep your fingerprints.

However, Guests are able to opt-out by simply showing a photo ID.

While, again, we are still awaiting confirmation of this change from Disney, it remains in line with Disney World’s dedication to increasing the cleanliness of areas often touched by Guests and Cast Members.

We’ve updated our already high standards for cleanliness across our parks and resorts, with a special emphasis on areas such as attractions, queues, dining, lobbies, transportation and other common spaces.

Walt Disney World is set to begin reopening with Annual Passholder Previews at Magic Kingdom and Disney’s Animal Kingdom on July 9, and July 10, followed by the official reopening of both those theme parks on July 11, and the reopening of EPCOT and Disney’s Hollywood Studios on July 15.

Do you think it is a good idea for Disney World to stop scanning fingerprints at their park entrances? Why or why not? Let us know in the comments!