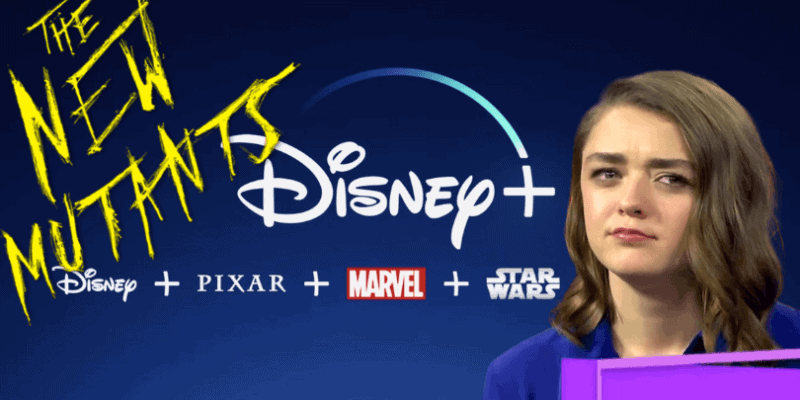 Poor The New Mutants. It’s a movie that nobody knew they wanted, then Disney‘s purchase of 20th Century Fox happened and everyone thought it was dead, and now it’s alive again.

We recently reported that the movie would release in theaters on August 28, but now a new rumor has circulated that The New Mutants will instead come to Disney+ directly.

If the below trailer trending on Twitter is to be believed, it seems that our mutant friends are ditching the movie theater and heading straight to Disney+ for a direct-to-streaming release. Of course, this could mean a concurrent release, but really, if the film is on Disney’s streaming service, how well is it going to do with a theatrical release? Check it out.

Disclaimer: If it’s fake I didn’t make it so don’t attack me thank tou pic.twitter.com/Qr9qTGHbju

Okay, Disney should be announcing THE NEW MUTANTS to Disney+ very soon.

Reading the comments makes it seem like this rumor is all but debunked. However there is the thought that the new release date — if true — could be announced on Thursday at the film‘s panel at ComicCon at home.

There’s been a lot of speculation that another upcoming Disney movie Mulan will have its release date pushed back again. Could The New Mutants suffer the same fate, or worse, be relegated to “streaming service only” like Artemis Fowl?

Only time will tell, but this it’s certainly one of the craziest production cycles I’ve ever seen. It even gives the timeline of X-Men: Days of Future Past a run for its money! I just hope that all of this extra time means that director Josh Boone has been able to film a secret Deadpool cameo.

Oh and the film is also apparently confirmed to be part of the Marvel Cinematic Universe, so there’s that. Could this mean we’ll see Maisie Williams and Charlie Heaton interact with the Incredible Hulk and the Fantastic Four in a new Marvel movie in the future?

At this point, I have no idea. Just release the movie already!

What do you think? Should Marvel Studios and Disney release the New Mutants on Disney Plus? Or should it get a theatrical release? Let us know in the comments.