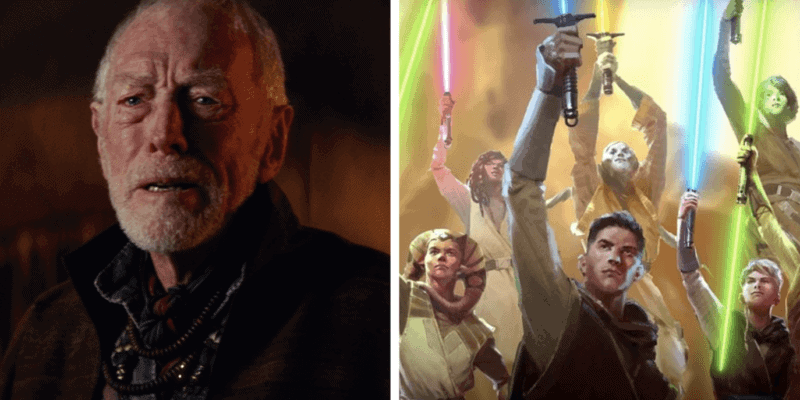 With the next Star Wars movie, set to be directed by Taika Waititi, delayed until 2023, Star Wars fans are hungry for any news about the future of the legendary franchise.

StarWars.com has been doing its part to keep fans informed of the goings-on in the Star Wars universe, regularly showcasing details about upcoming projects and interesting tidbits about Star Wars characters.

Months ago, Lucasfilm and Walt Disney Company executives announced the next Star Wars publishing initiative, titled The High Republic. This series of graphic novels will explore the apex of Jedi Knight culture in the Republic and will introduce a host of new characters, including the prominent San Tekka family.

As per a Charles Soule interview with StarWars.com:

“Once just a family of hard-scrabble hyperspace prospectors seeking valuable routes in the outer reaches of the galaxy, the San Tekka clan has become a dynasty, at the forefront of technologies and techniques that let Chancellor Lina Soh’s great galactic Republic continue to expand safely to new areas. Overseen by scions Marlon and Vellis San Tekka, the clan operates in close conjunction with the Republic, and becomes crucial to its response to the Great Disaster. But the San Tekkas have a secret…their rise did not come without cost.”

Now, it appears that there is a key connection to one of the sequel trilogy’s most mysterious characters. Lor San Tekka briefly appears at the beginning of Star Wars: Episode VII – The Force Awakens in a scene with Poe Dameron (Oscar Isaac).

In the Skywalker Saga, San Tekka and Dameron exchange information pertinent to the Resistance cause. San Tekka’s bio on StarWars.com reads:

A legendary traveler and explorer, Lor San Tekka was a longtime ally of the New Republic and the Resistance. After the Battle of Endor, San Tekka helped Luke Skywalker recover secret Jedi lore that the Empire had tried to erase. He then retired to live simply on Jakku, where he followed the dictates of the once-forbidden Church of the Force. Leia Organa sent Poe Dameron in search of San Tekka, who gave him a portion of a map revealing Luke’s planet of exile. San Tekka was then killed by Kylo Ren, who sought the same information.

The release of The High Republic graphic novels has been pushed back due to the current global pandemic, so readers will have to wait to discover exactly which branch of the San Tekka line Lor San Tekka hails from.