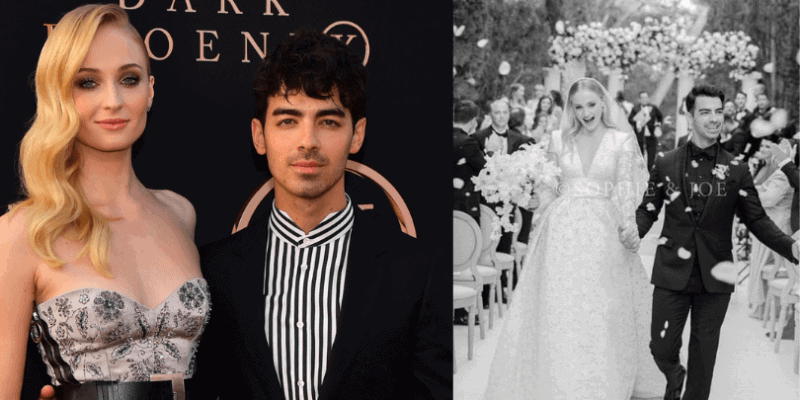 Despite what seems like a stream of bad news in the media lately with a summer of social distancing and pandemic frenzy, Jonas fans can get excited for a positive news story featuring the middle brother of the popular singing trio — The Jonas Brothers.

Joe Jonas, and new wife Sophie Turner — who’s rise to fame came through playing the character of Sansa Stark on the long time television hit Game of Thrones —  just welcomed their first child together. So far there are no details about the baby, but with power-couple parents like Sophie and Joe — the child is sure to be awesome!

Most of the pregnancy was kept on low profile over the last nine months, as Sophie dressed beautifully and discreetly to hide any visual baby bump. The couple also refrained from sharing any baby news on their social media accounts, rather focusing their attention on supporting and loving each other. They certainly are a cute couple!

A Year of Wedded Bliss

The couple have only been married for a little over a year. Early last summer they surprised fans with what seemed to be a spur of the moment Las Vegas wedding following the end of the 2019 Billboard music awards. Later in the summer they had a larger and more traditional wedding which took place in France.

All the power to them for such a fun and bold wedding move — when you know, you know!

The Jonas Family Continues to Grow

Turner’s pregnancy marks the second brother in the Jonas clan to start a family. Kevin and his wife Danielle Jonas, who’ve been a longtime couple share two young daughters together — Alena and Valentina. Nick Jonas and Priyanka Chopra were only recently married and currently have no children. However, Chopra recently opened up in an interview with Access Hollywood that she does want a family with Nick.

“Having a family with her husband Nick Jonas has always been ‘very important’ to her, but their hectic schedules means a baby likely won’t happen in the near future.”

We hope to be able to share the name of the newest Jonas baby soon. Regardless, we wish the new parents nothing but joy in this happy time for their family!