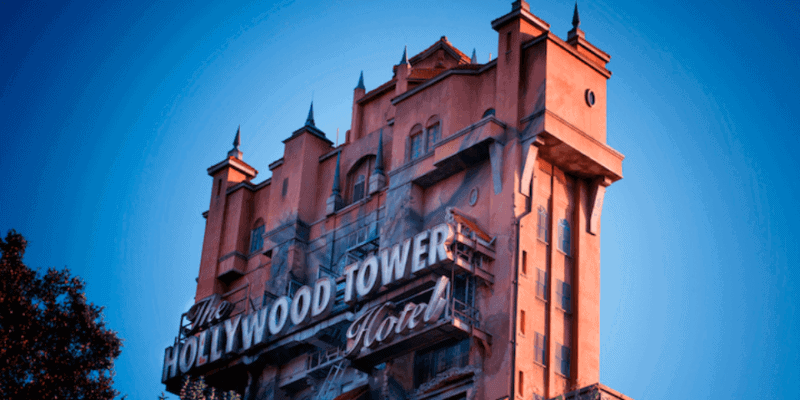 On this day in 1994, the Twilight Zone Tower of Terror began taking reservations in Disney’s Hollywood Studios at the Walt Disney World resort.

To celebrate this iconic attraction’s 26th anniversary, we decided to share some facts Guests may not know about. Many of these facts come from a Tower of Terror birthday post shared by D23.

Every project at Walt Disney World requires some form of research, and for the Walt Disney Imagineers looking to create Tower of Terror, that research included watching Rod Serling’s ground-breaking show. All 156 episodes at least twice, and they watched Serling’s classic beginnings and endings at least 10 times.

Their goal was to achieve the highest level of authenticity as possible.

2. Tower of Terror is its own episode

If you wanted to look up the exact episode Imagineers used for Tower of Terror, your search would be in vain. The Imagineers decided to create a “lost” Twilight Zone episode where YOU are the star, but they ended up taking inspiration from several episodes.

According to D23, some of those episodes included “Little Girl Lost,” and “It’s a Good Life.” It was these episodes that inspired Imagineers to include Serling’s Fifth Dimension into the attraction–which Serling tells us is unlocked with the key of imagination.

“It’s a Good Life” is the episode Imagineers used to create Serling’s introduction speech in the ride.

3. Props from the Show

For the Twilight Zone fan, Tower of Terror is chock full of Easter eggs. Especially when you are standing in the den watching Rod Serling’s introduction. Watch a few episodes before going back, and suddenly things like the devil-headed, nickel fortune-telling machine, a small metal spaceman suit, and other kick knacks won’t seem so random anymore. In fact, they will a deeper supernatural level to your experience.

According to Disney Parks, a copy of “Four Pages of Hilarious Star Caricatures by Walt Disney” can be found on the concierge desk, sheet music for the song “What! No Mickey Mouse?” can be found in the library room, and the young girl who disappears in the elevator can be seen carrying a Mickey Mouse doll.

The Hollywood Tower Hotel stands as a jewel of “Hollywood that never was—and always will be.” Recalling the revival style that defined Hollywood’s golden age, the Imagineers tried to capture the essence of famous hotels like the Mission Inn and the Biltmore Hotel, as well as the Chateau Marmont. Its landscaping was inspired by LA’s Griffith Park and Elysian Park. The lobby was furnished with antiques and furniture collected from LA-area auction houses.

Related: 5 Ways The Haunted Mansion and Tower of Terror Are Tied Together

5. Towers Around the World

Tower of Terror soon took its place alongside other iconic Disney attractions like Space Mountain and “it’s a small world,” in being adapted and added to other Disney Parks around the world. While Disneyland’s Hollywood Tower of Hotel has been rethemed to Guardians of the Galaxy, there are still two other Towers still in service. You will find a near-identical attraction in Walt Disney Studios Park at Disneyland Paris, and in Tokyo DisneySea, you will find the Hightower Hotel which has its own original story surrounded by a mysterious idol and a series of disappearances.

If you are craving to get back to Disney’s Hollywood Studios to take on Tower of Terror again, our friends at Academy Travel are standing by ready to help you put together the most magical Walt Disney World vacation for your budget. Click here to get started and receive your free, no-obligation quote today!

Related: Watch This Insane Tower of Terror Proposal, High Up in the Sky!

Have you ever experienced a ride on the Tower of Terror? Where does it rank among your favorite Disney Park attractions? Let us know in the comments!

Comments Off on Happy Birthday to the Twilight Zone Tower of Terror!