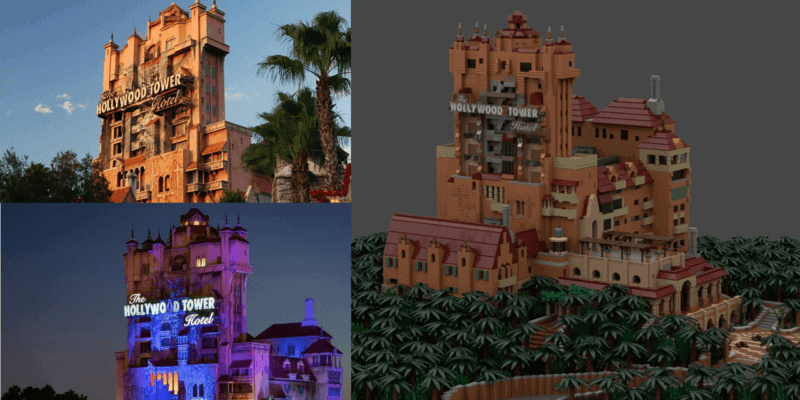 Since the first Disney Parks LEGO set, fans have been crying out for similar sets for the Tree of Life at Disney’s Animal Kingdom, Spaceship Earth at EPCOT and the Tower of Terror and Disney’s Hollywood Studios. It would appear that the last one got a little closer to reality thanks to a dedicated fan.

This, as you may recognize, is a magnificent Lego creation and was done so by Victor Leparc over on Facebook:

The level of detail that Victor has put into this build is nothing short of incredible. The only hope now is that someone at LEGO sees this build and does something with it. We would absolutely love to see an official LEGO set based on Tower of Terror and can imagine it selling out pretty fast if LEGO did push forward with the set.

Here are couple more photos of the set so you can see the time that went into making this build perfect:

Imagine making your own Walt Disney World Resort with a combination of official park icon sets and using some of the sets that LEGO has that look like some of the stores from Main Street U.SA.

As for other fan creations related to Tower of Terror, check out an impressive fan-made bar that would sit inside the Tower itself.

Are you a fan of this LEGO Tower of Terror set? Let us know in the comments below if you want LEGO to create an official set!