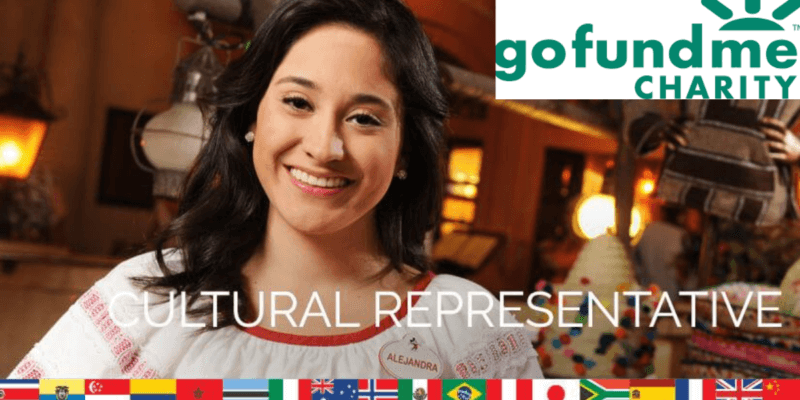 One group has risen to help care for those CRP participants who are both out of work and separated from their homes. They are now asking for your donations.

Called Standing Strong with Disney’s Cultural Representatives, this campaign’s story is described as the following:

We have spent the past 14 weeks feeding the Disney Cultural Representatives who have been stranded here in Orlando due to COVID19. Back in April, it started with around 25 Chinese international cast members from Epcot we already knew from previous connections. But there were more who needed our help, and by the end of April, we were feeding over 60 international cast members from over 19 countries! Each week the food and needs continued to multiply. In May, we were distributing 80 boxes of food each week and began taking custom grocery orders, preparing individualized bags of food for each international cast member based on their ethnic diets. God miraculously provided funds for those weeks of massive ordering and the volunteers necessary to sort and transport and keep all the food cold. Partners connected us with Fresh Point for discounted fruits and veggies, Lake Meadows Natural for donated eggs, KeHE Distributors for different international foods, and amazing donated bread from Douce Bakery in Winter garden. We are so grateful for the generosity of these fantastic organizations.

Over the past couple of weeks, we have encouraged many of them, as some have finally gotten flights back to their home countries. Embassies from countries like South Africa, India, Peru, and Thailand organized select repatriation flights. Others paid thousands of dollars to guarantee a flight to mainland China. We have helped international cast members with logistical details like money transfers, banking, booking flights, rides to the airport, and individual pre-flight COVID19 testing appointments.

We believe the “finish line” of this marathon undertaking is within sight, but this is the part of the race where we most need your help to finish strong. Our previous funding has been depleted and we need some generous gifts to help us fulfill our commitment to the international cast members that remain. They will not be rehired by Disney regardless of the parks reopening, so they are still in need of fresh food and necessities while they live here without work.

Will you help us finish this marathon by giving a special gift of $100 or any other amount? We are grateful for the privilege of serving these stranded Disney cast members, and we hope you will join us in helping them through Agape Source this summer. Thank you so much.

Walt Disney World’s Cultural Representatives are what make the country pavilions in EPCOT’s World Showcase as immersive as they are staffed with people representing their nations. We first learned that the start of Disney’s Cultural Representative Program was pushed back in April thanks to the global pandemic that also caused EPCOT and the rest of the Walt Disney World resort to remain closed for several months.

Then, we learned from both news outlets and Union workers that EPCOT would open without its beloved International Cast Members. It wasn’t long after that we got confirmation of the program’s further suspension. There is no word yet on when the program will resume.

Do you know anybody that has or was going to participate in Disney’s Cultural Representative Program? Let us know in the comments!