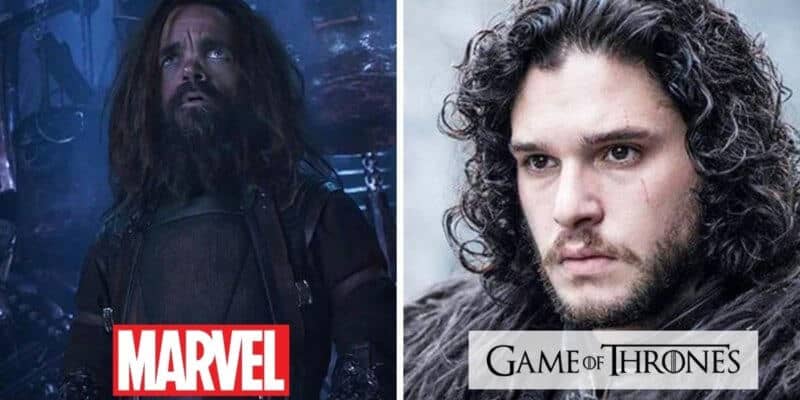 Game of Thrones will forever go down in history as not only one of the most popular shows in television history, but one of the most iconic series ever. And Marvel is continuing to wow its fans and followers as the company moves into the next phase of films.

But, now with the Game of Thrones series coming to an end — Many of the actors have some time freed up and are looking for other work. So will they move into the Marvel Cinematic Universe?

Well, we already know Sophie Turner played the main role in Dark Phoenix, Kit Harington and Richard Madden will both be part of The Eternals, Peter Dinklage appeared in Avengers: Infinity War as Eitri, and Maisie Williams will appear in The New Mutants once it is released.

But what are the chances of all these Game of Thrones actors meeting up at the same time within the Marvel Cinematic Universe?

According to new rumors floating around on the Internet, this very well could happen! It looks as though Marvel is now reportedly considering a mini Game of Thrones reunion for a future project with the company. We aren’t sure exactly how this project will play out, but one idea of this “reunion” could be Kit Harington and Richard Madden’s The Eternals characters meeting up with Peter Dinklages’s Avengers: Infinity War character, Eitri.

Though, unfortunately, this is just a rumor at this point in time, we think this sounds like a pretty cool idea, don’t you think?

What are your thoughts on the possibility of a mini Game of Thrones reunion for a future Marvel project? Let us know in the comments below.

Comments Off on Will ‘Game of Thrones’ Actors Reunite in The MCU?