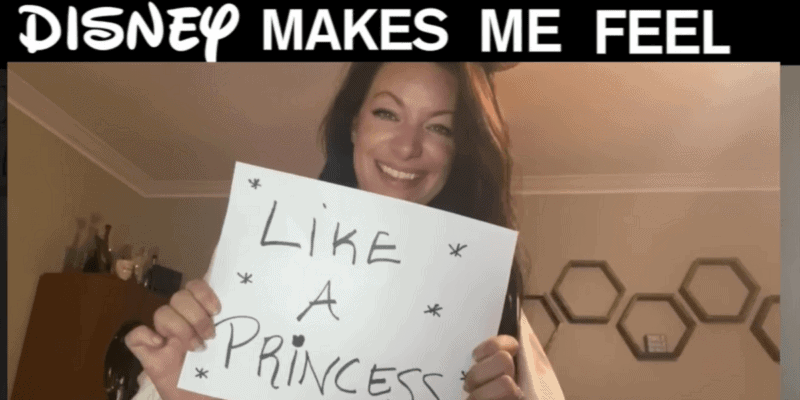 “The public and aggressive social media action taken by AEA does not reflect all of its’ represented members and those cast members were not consulted prior to them being carried out. We now feel that we deserve to have our voices heard as well.” – Disney Equity Performers

While the actors’ union, Actors’ Equity Association, continues its public dispute with the Walt Disney Company over its handling of the reopening of the Walt Disney World resort, several of the performing Cast Members it represents have continued to speak out saying they are ready to return to work.

Now, several of those Cast Members have come together to produce a video showing how eager they are to return to the magic.

Called #BringBacktheMagic, a group of Disney’s Equity Cast Members shared the following video with this statement:

This video represents those of us who feel safe to go back to work under the safety protocols laid out by Disney. Our original intention was to send it to Disney leadership as well as AEA to convey our personal feelings. It was not meant for the public although the thought of sharing it as a celebration when we were finally able to go back to work was a possibility we spoke about. We are aware that not all members agree with us, and we don’t claim to speak for everyone but the public and aggressive social media action taken by AEA does not reflect all of its’ represented members and those cast members were not consulted prior to them being carried out. We now feel that we deserve to have our voices heard as well

The dispute between Equity and Disney began as Walt Disney World prepared for its phased reopening. Equity has demanded that Disney test all of its Cast Members and allow performers to wear masks on stage. Disney has refused those terms.

Equity than began a very public campaign against Disney World to the point of sharing a mock video of Disney World’s “Welcome Home” video saying. “There’s nothing magical about COVID-19. With over 388,500 cases in Florida, why has Disney locked us out and rejected masks and testing for Equity performers?” Equity also tried to push Walt Disney World to delay reopening.

But it appears that not every Cast Member Equity represents agrees with that the Actors’ Union is doing. Recently we reported that several Cast Members began fighting back saying “While we appreciate our union’s efforts on our behalf, we strongly believe that Disney has taken the necessary safety precautions for a phase one reopening, and that we deserve a voice in the assessment of these new protocols.”

At the time, we reported that the chief motive appeared to be actors’ fears of losing their jobs. Especially after Disney changed one Animal Kingdom show to no longer require Equity Actors. But this video seems to make clear it is more than just fear. These performers are ready to return.

Smiling, they all affirm Disney makes them feel “joyful,” “inspired,” “proud to be a dad,” and “like a princess” to name a few.

Only time will tell when these performers will be able to bring back the magic for Walt Disney World Guests once again.