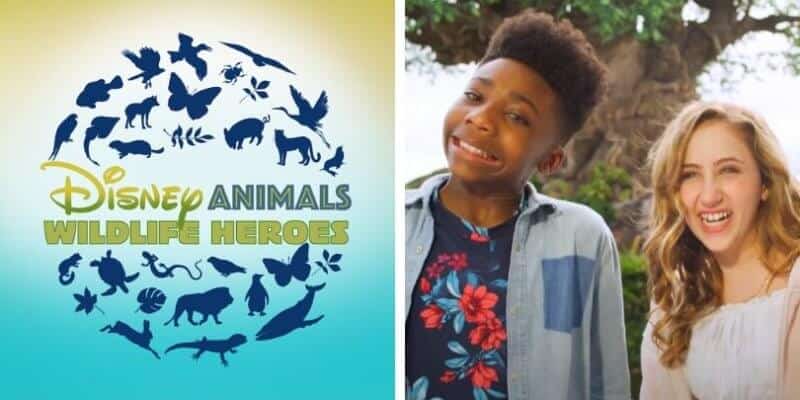 Disney stars from Sydney to the Max, Ava Kolker and Christian J Simon, teamed up with Disney’s Animals, Science and Environment team and National Geographic to learn about the animals that live at Disney’s Animal Kingdom.

The Disney series called Disney Animals: Wildlife Heroes, which Ava and Christian are a part of, hopes to teach people that “together we can make a positive impact by protecting the places these and other animals call home.”

The two Disney actors had the opportunity to get close to some of the animals at Animal Kingdom and learn how the animal care experts take care of them. They experienced amazing things while recording videos for Disney Magic Moments collection in the DisneyNOW App.

They got close and personal with prehensile-tailed porcupine while learning what makes these animals unique.

Ava and Christian also got to learn about butterflies with a Disney Conservation Manager, Dr. Zack.

The short episodes are meant to teach young Disney audience about the animals at Animal Kingdom and the importance of preserving them and their natural habitats.

Related: Closed Parks: How Are The Disney World Animals?

You can watch more of the Disney Animals: Wildlife Heroes series on DisneyNOW App.

What do you think of Disney approach to teach people about animal preservation? Let us know in the comments bellow.