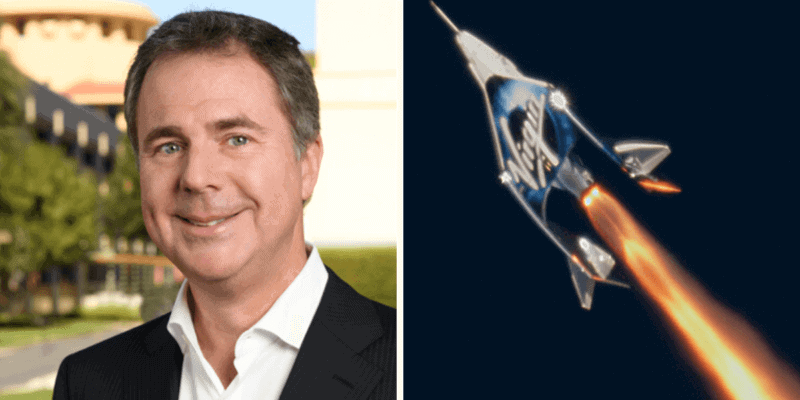 Virgin Galactic has a new CEO and it is now-former Disney Parks International’s President and Managing Director, Michael Colglazier. He will be replacing George Whitesides who will remain on as Chief Space Officer. Colglazier served as President of Disneyland Resort from 2013-2018.

According to a press release from Virgin Galactic,

Michael assumes the CEO role at an exciting time for Virgin Galactic as the Company progresses through its test flight program and prepares for commercial service. He will also join the Company’s Board of Directors effective July 20, 2020. Michael joins Virgin Galactic following a long and successful career at The Walt Disney Company (NYSE: DIS), bringing over three decades of experience in developing and growing consumer-oriented multi-billion dollar businesses strategically, commercially, and operationally. Most recently Michael was President and Managing Director, Disney Parks International, where he was responsible for operations, strategy, and commercial and experiential development of Disney’s international parks and resorts.

“I am thrilled to join the talented team at Virgin Galactic at this inflection point in the Company’s journey,” Colglazier said. “Like so many others, including hundreds of signed-up customers, I have been inspired by this purpose-driven, world-class brand and the incredible opportunity it offers to open space to change the world for good. George’s vision and outstanding leadership have enabled Virgin Galactic to reach this point, and I am excited to work with him in his role as Chief Space Officer where he will spearhead our future development efforts.”

Colglazier also made a point to pay tribute to The Walt Disney Company. “On a personal note,” he said, “I’d like to thank my friends and colleagues at Disney, especially Bob Chapek for his mentorship and guidance over the years, and Josh D’Amaro, who is bringing superb leadership to Disney’s Parks, Experiences, and Products. I am grateful to the Virgin Galactic Board, our chair Chamath Palihapitiya, and our founder Richard Branson for their support and trust as we make history together in this amazing company.”

“We are delighted to welcome Michael as the new Chief Executive to lead Galactic into commercial operations,” said Virgin Galactic’s visionary founder Sir Richard Branson. “I believe Michael’s long and distinguished career at one of the world’s leading customer experience brands provides a natural fit with Virgin’s culture as well as Galactic’s requirements as it prepares for commercial service.”

The Walt Disney Company has yet to name a successor at the time of this article’s publication.

Virgin Galactic is a publically traded, vertically-integrated aerospace, and space travel company based in New Mexico currently preparing to make suborbital flight accessible to private individuals. Its headquarters are at Spaceport America in the White Sands Missle Range outside Truth or Consequences, New Mexico.