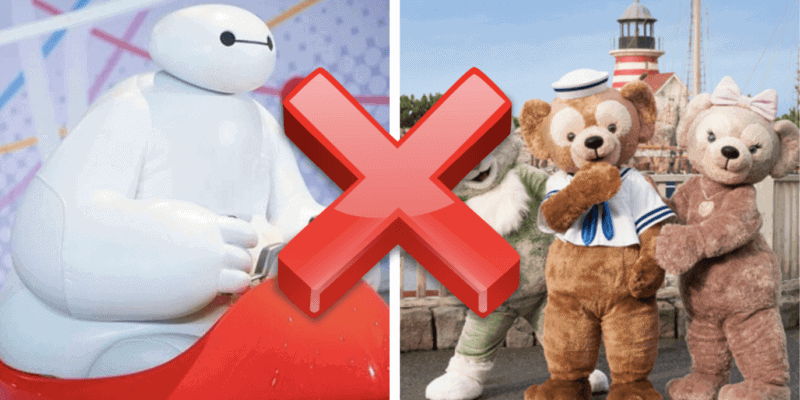 “Although the government’s state of emergency declaration regarding the new coronavirus (COVID-19) has been lifted, Tokyo Disneyland and Tokyo DisneySea will temporarily remain closed.

The reopening of the Parks will be determined when external and internal conditions have been readied, including the phased easing of closure requests from the government and local municipalities, as well as preparations for Park operations. The reopening date will be announced once it has been decided.

Additionally, the opening date for the Tokyo Disneyland major expansion area will be determined once the situation can be gauged after reopening both parks.”

Two major Tokyo Disneyland and Tokyo DisneySea summer events were slated to start today, June 4. The “Happy Fair With Baymax” was originally scheduled to run from June 4 – November 1, 2020 and “Duffy and Friends’ Sunny Fun” was on the calendar from June 4 – August 26, 2020.

Although neither Walt Disney Company officials nor Tokyo Disneyland executives have commented on whether or not any summer events will take place this year, it seems most likely that the Duffy and Friends celebration will be completely axed.

Since the Baymax event extends into the fall, there is a chance it could still happen depending on when Tokyo Disneyland Resort actually reopens to the public.

When could Disney make a decision?

The decision that is ultimately made regarding the EPCOT International Food & Wine Festival could impact what happens to events in other Disney Parks.

The Florida Food and Wine celebration is one of the most popular Disney Parks festivals. Since EPCOT begins its phased reopening on July 15, it is likely that the Disney team will announce whether or not the 2020 event is taking place sooner rather than later.

Again, no official comments have been made by Disney at this time. Stay tuned to Inside the Magic for the latest Tokyo Disney and global Disney theme parks news.

Do you think Tokyo Disneyland will cancel summer events or start them after the theme park reopens? Tell us your opinion in the comments!