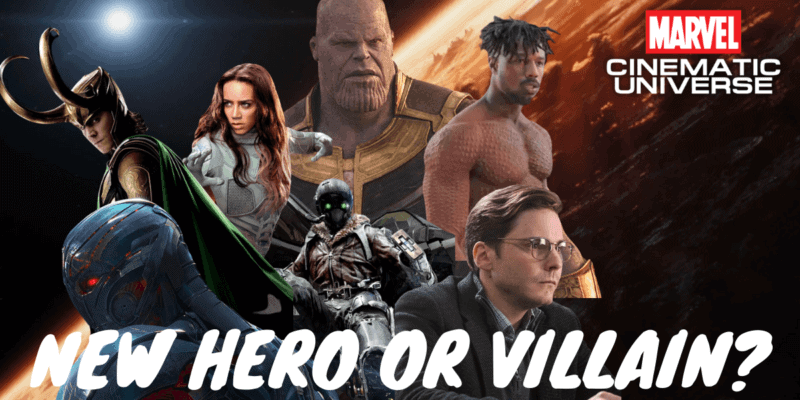 Marvel Studios continues to wow us comic book fans by including every fan-favorite hero they have the rights to, and, in the case of Spider-Man; some that they don’t!

However, there’s one cosmic superhero that we’ve yet to see in the Marvel Cinematic Universe, and he just so happens to be the brother of Marvel‘s biggest baddie; Thanos.

Starfox (not to be confused with Nintendo’s Star Fox) is remarkably different from Thanos, despite sharing the same bloodline and home planet; Titan. Unlike his snap-inducing brother, this Marvel hero is both an Eternal and an Avenger. Previous reports have suggested that he would be joining The Eternals movie coming next year, though those now are said to be false.

However, a new report from MCU Cosmic says that Marvel Studios still very much has plans for the Titanian Eternal, something that makes sense in a post-Endgame world.

Why Starfox may join the Marvel Cinematic Universe

This cosmic Avenger – Eternal is a great way to link viewers back to the pre-Infinity War world, as the Avengers would likely find the brother of Thanos (the guy who literally wiped out half of all reality) difficult to trust. He also played a huge part in taking down Ultron in the comics, another popular character that some Marvel fans wish to see return to the Marvel Universe.

Celestial superhero Starfox would be a great shout as a new hero in the Marvel movies moving forward, though his comic book origins present him as a little creepy as his mind control superpower has given him a complicated history and some … less than savory storylines, so Marvel Studios would definitely have to make him less problematic unless they decided to go down the straight-up villain route. However, as a concept; the arrogant, super-powered brother of Thanos who despises his villainous brothers’ actions is sound. Personally, I think a conflicted hero who saw Thanos, his own brother wipe out Titan before his very eyes is far more interesting than another villain from Titan.

More importantly, this rumor presents some exciting opportunities to see many more Marvel characters that we haven’t yet seen. We know that Deadpool likely isn’t joining any time soon, but that the triumphant return of The Fantastic Four and Wolverine and the X-Men could end up being heavily influenced by Doctor Strange in the Multiverse of Madness.

Who knows; perhaps the good doctor will happen to bump into a non-Earth based hero, who just so happens to be the brother of Thanos…

Marvel‘s current film slate includes Black Widow in November (or October if you live in the UK!) and The Eternals in February 2021.

What do you think about this news? Should Earth‘s Mightiest Heroes team up with the brother of Thanos? Let us know in the comments below.

Comments Off on Huge Marvel Villain’s Sibling Might Join MCU