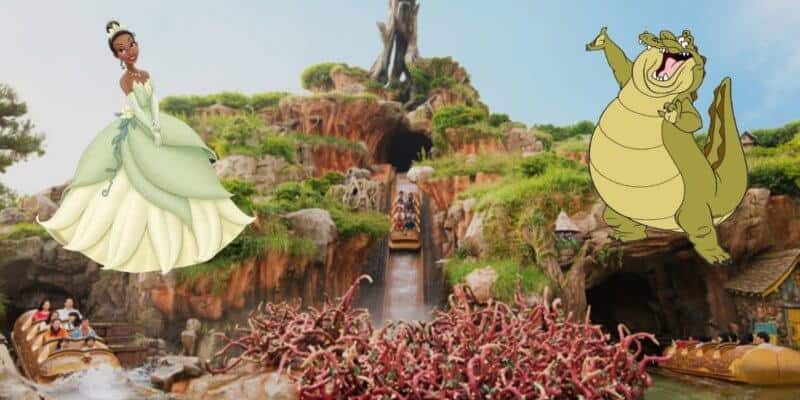 We recently reported that Disneyland and Walt Disney World announced the retheme of Splash Mountain from Song of the South to The Princess and the Frog. The new attraction will showcase the lovable and popular Disney Princess, Tiana, as her and Louis prepare for  their first-ever Mardi Gras performance.

This is a huge change from what the attraction is now, as it is themed off of the very controversial Disney film, Song of the South.

The official Disney Parks statement for the retheme of Splash Mountain in Walt Disney World and Disneyland reads:

And now, it looks as though another Disney Park may be following along in the footsteps.

According to The Asian Shimbum, Oriental Land Co., the operator of Tokyo Disneyland, said there are discussions happening on whether or not they will also change the popular Disney Parks attraction, Splash Mountain.

An Oriental Land Co. representative has stated that “the company was aware of the proposed change for the U.S. amusement parks, adding that at this point, only consideration was being given about what to do with the ride at the Tokyo park.”

At this time, the representative did not say if they would actually retheme the ride. Also if they did decide to move forward with the idea, they did not say what the new retheme would be. It is unclear if Tokyo Disneyland will also retheme to The Princess and the Frog or if they would take a different route.

What do you think of Tokyo Disneyland possibly changing their version of Splash Mountain as well? Let us know in the comments.