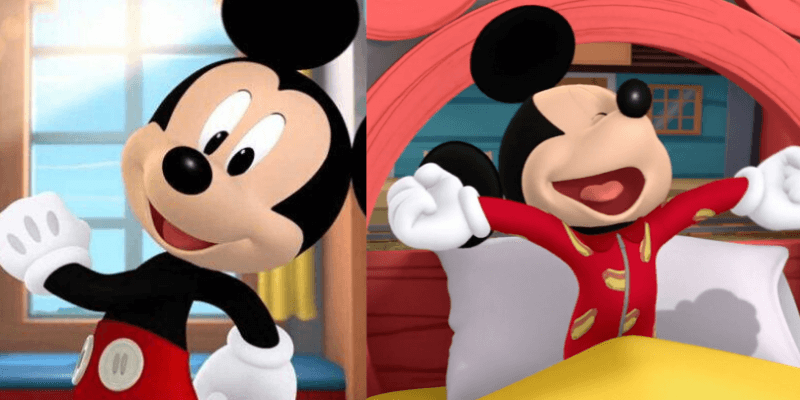 If you’ve been feeling the blues lately while staying at home, you aren’t alone. With self isolation continuing on without much of a clear end in sight, days are starting to blur together for some people. Luckily, thanks to The Walt Disney Company and their amazing team, we haven’t been lacking the famous Disney Magic that we love so much.

Although I know that I can’t wait to get back to visiting every single Disney park once they reopen, I’ve been plenty entertained in the meantime. Disney has created all sorts of amazing content and initiatives to keep us connected such as the Disney Family Sing-A-Long’s and the#DisneyMagicMoments hashtag.

One of the latest ways that Disney is bringing magic to our homes is through a new Disney Junior campaign that aims to help families start their day off in an extra magical way. Mickey Mornings, a brand new animated series that just launched, is hosted by our favorite cartoon mouse — Mickey. So now you can see him both on Mickey Mornings and on the Disney Junior favorite — Mickey Mouse Clubhouse!

Mickey Mornings on Disney Junior will have Mickey walking kids through everything that goes into starting their day such as getting dressed and brushing their teeth. Joe D’Ambrosia, Disney Junior’s senior vice president of Original Programming and general manager told D23, “We hear from kids all the time that Mickey is their best friend.”

He went on to explain that because of this special friendship that children have with the main mouse himself, they are more likely to listen to a positive message of encouragement if it’s coming from him! In the D23 interview he says:

“We’ve heard from parents that if Mickey tells [a child] to do something, kids want to do it. But if a parent tells them, it might be a little bit harder. This is a really simple way to help families get ready for the day and it’s a fun way for kids to start the day.”

New Music To Bring Positivity To Your Routine

Each routine will have a new series of special songs to accompany them that the Disney team has been working incredibly hard on behind the scenes.

“The intent of the music was always just to make the morning routine fun for both kids and parents,” Jay Stutler, vice president of Music for Disney Channel, tells D23. Matthew Tishler and Jeanie Lurie—the talented songwriters behind some of your favorite Disney Junior series, including, most recently, Mira, Royal Detective—have written an infectious collection of songs for “Mickey Mornings” that make mundane morning tasks, like brushing teeth, more enjoyable. Stutler emphasizes, “I’m really excited by the overall energy and vibrancy to each of these songs. It’s not something that we’ve done before and I love the way Matt and Jeannie have encapsulated a great, positive energy for all of these things that are part of our daily routine.”

Each day will begin with the signature anthem “Make It a Mickey Morning” to inspire kids to take on the day. The song is upbeat and rousing, but also recognizes that not everyone awakens at the same energy level. “There’s a little ease into the morning and I think Matt and Jeanie captured that amazingly well,” Stutler says. Like so many of our favorite Disney Junior songs, “Make It a Mickey Morning” is super-catchy and you’ll be singing along from the start.

I’m not sure about you, but this uplifting addition to the Disney Junior lineup sounds like just the thing to kick the day into gear. For the full D23 release and to hear the new signature anthem “Make It a Mickey Morning,” click HERE.

Will you and your family be starting the day off with Mickey Mouse and his Mickey Mornings? Let us know in the comments.