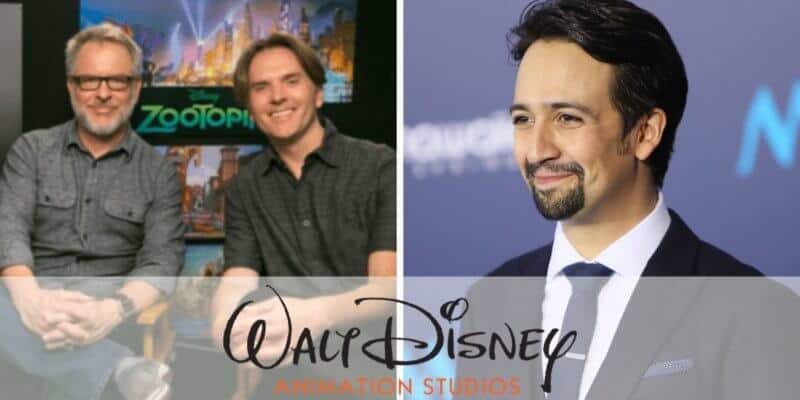 Back in January, Inside the Magic reported that Zootopia‘s directors were suspected to be returning to Disney to direct another animated film about a Latino family. And just a few days ago, we reported that Walt Disney Animation Studios has officially begun the work on that brand new animated feature film. We also reported that the directors of Zootopia, Byron Howard and Jared Bush, will be part of the project!

According to The Disinsider the film is described as,

Encanto becomes the third Disney animated film in the last five years to feature a woman of color as its lead character, following Moana (Polynesian) and Raya and the Last Dragon (Asian).

Disney staple Lin-Manuel Miranda (Mary Poppins Returns) is writing the music, with Clark Spencer (Ralph Breaks the Internet) and Yvett Merino Flores (Moana) on board to produce. As well as directing the film alongside Byron Howard, Jared Bush will co-write the screenplay with Charise Castro Smith. Smith has previously written and produced episodes of The Haunting of Hill House. There were reports out there stating this film is set in the same Universe as Moana, but our sources say that is not true.

But now, Lin-Manuel Miranda himself has spoken out about the upcoming project in a recent interview with Good Morning America. “The other thing I’m working on is I am actually writing a new animated musical with Disney Animation,” Miranda said. “I’m collaborating with the Zootopia guys and Jared Bush who wrote Moana with me.”

“It’s set in Columbia in Latin America and that’s all I can say before Bob Iger just shows up in my room,” Miranda said half joking.

Inside the Magic will continue to update you as we get more information on the upcoming Disney movie.

Are you excited to see Lin-Manuel Miranda working with the Zootopia directors on another upcoming Disney animated movie? Let us know in the comments.