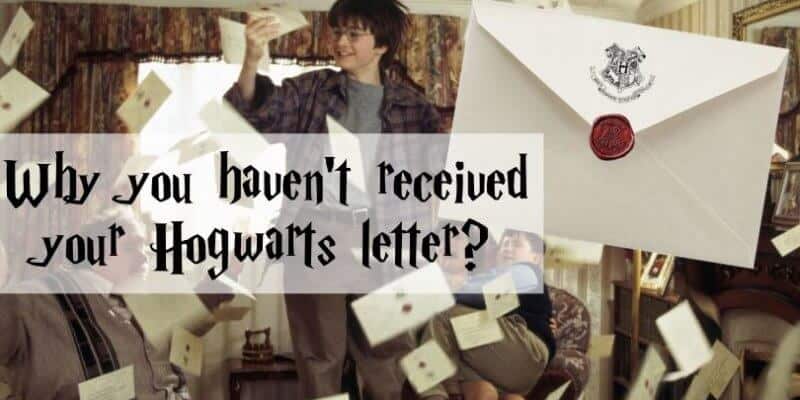 At some point in the life of every Harry Potter series fan, they have dreamed of attending Hogwarts School of Witchcraft and Wizardry. And, therefore, waited anxiously to receive your Hogwarts acceptance letter.

Well, it is safe to assume that your letter did not get lost in the mail. That would be a silly thought since everyone knows that acceptance letters to Hogwarts arrives by owls.

And if for some crazy reason, the owl got lost or someone in your family decided to destroy your Hogwarts letter — like Harry’s uncle Vernon Dursley did — don’t be alarmed, you will surely get a swarm of letters flooding your living room at any moment.

Okay, all jokes a side, over the years Harry Potter fans have come up with a theory on why some muggle-born wizards and witches never received their Hogwarts acceptance letter.

According to the fan theory, Voldermort was the one responsible for muggle-born wizards not receiving their acceptance letter to Hogwarts.

The theory has been circulating around wizarding fans for years now, and of course, some fans on Reddit and Quora found loopholes with it.

“I’m an American, so I don’t think I’d get my Hogwarts letter, anyways…unless it’s the U.S. campus” – posted by Observa on Reddit.

“The school had ‘records’ as in the Book of Admittance and Quill of Acceptance, which recorded the birth of every magical child in the area that Hogwarts served. Those were locked in a tower at Hogwarts, and Prof. McGonagall would check it once a year to send out letters to all students who would be old enough to attend. So unless Snape destroyed them (which would mean knowing about it and where) or the tower was destroyed in the battle, the records aren’t gone” – posted by SecretSquirrel_ on Reddit.

“Well, Voldemort was never powerful outside Britain. So, being an Indian, your record would have been safe even if you were a witch. Bad luck. You’re definitely a muggle :P” – posted by Aalhad Kulkarni on Quora.

So, what do you think about the theory that Voldermort was responsible for you never receiving your Hogwarts acceptance letter? Do you agree, or you agree with some of the loopholes? Let us know in the comments below.