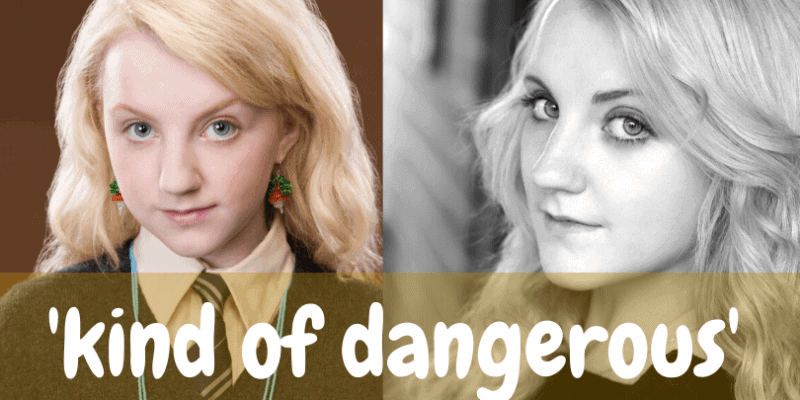 The Harry Potter actress who bought beloved character Luna Lovegood to life has shared her thoughts on the HP fan community and shared her experience of how the film stars that she idolized became her friends.

It follows the recent string of testimonials from the cast lending comment on author JK Rowling‘s recent trans scandal.

However, Evanna Lynch, the actress famous for her role in the final four film adaptations of the iconic book series has lent comment to something closer to home; her own fandom.

Speaking on the Talking Tastebuds podcast, Lynch reflected on her past as an obsessive fan before becoming Hogwart alumni herself.

“I was a really obsessive Harry Potter fan. I started reading [the books] when I was about eight, and that was just my whole identity for a while,” Lynch said.

“It was so weird to go from being a fan that used to stalk Daniel Radcliffe to being someone people send fan mail to.”

As she wasn’t around during the beginning, Lynch quickly had to adjust from being a mega-fan to becoming part of the magic herself.

“When I met Daniel, Rupert, and Emma, I knew everything about them: their pets’ names, I knew their birthdays, I knew their parents’ names. I had to pretend I didn’t, and be like, ‘Oh, a brand new person I don’t know anything about,”

However, after becoming one of the series most important players, Lynch took a different view of modern fan culture;

“The whole fan culture is a bit unhealthy … I get people messaging me being like, ‘I think you’re my real best friend.’ I don’t respond to those people because it’s just not healthy. It’s hard because some people don’t have the experience where they see it from the other side as I do, or they don’t have therapy or things like that,”

“I just think fan culture is kind of dangerous and you can lose yourself in it.”

Regardless of her thoughts on the often-obsessive fandom, we think Lynch was the perfect woman to bring Luna’s story to life and provide a wonderful movie representation of the iconic character.

What do you think of Evanna Lynch’s thoughts on fandom?