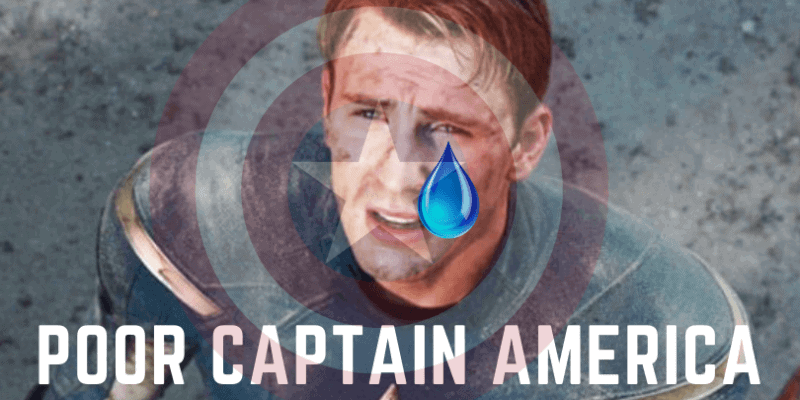 Captain America (Steve Rogers) is gone, though the Captain‘s mantle lives on, passed down to fellow avenger Sam Wilson. Steve finally got to live his life and dance with his soulmate at the end of Avengers: Endgame, causing millions of Marvel fans to burst into tears in unison.

Part of the reason Captain America‘s Marvel Universe conclusion was so satisfying is how much hell he went through to get there.

Across the eight-ish movies he’s appeared in, the super-soldier has been punched, kicked, smacked, and thrown around. Like an awful lot. If you want to see exactly how many times Captain America gets punched in the Marvel Cinematic Universe, you’re in luck! Youtuber Mr. Sunday Movies has put together every scene where the poor guy takes a punch or hit into one epic Marvel montage.

Captain America gets punched again and again in the MCU

The World War II hero who famously punched the face of the nazi party in his debut comic takes a lot of heat in the Marvel movies. From Thanos and Ultron to brainwashed friend the Winter Soldier to not-brainwashed friend Iron Man, the first avenger sure loves a good punch up!

Check out the montage from Mr. Sunday Movies to see this superhero turn into a super-soldier serum-ed punching bag for just over five minutes;

How many times does Captain America get hit in the Marvel Cinematic Universe?

If you watched the whole video, you’ll know that the iconic character takes a whopping 91 hits across the Marvel movies.

He takes a punch in each of the following movies:

The only movies in the series that Cap appears in where he avoids a good smack are Captain Marvel and Spider-Man: Homecoming. Also technically Thor: The Dark World if you count that film, though in reality, it’s just the mischievous Loki taking on his likeness.

Despite all the grief he takes, Captain America never gives up his war on evil, whether it be against a silly comic book villain of the week or the embodiment of fascism himself. 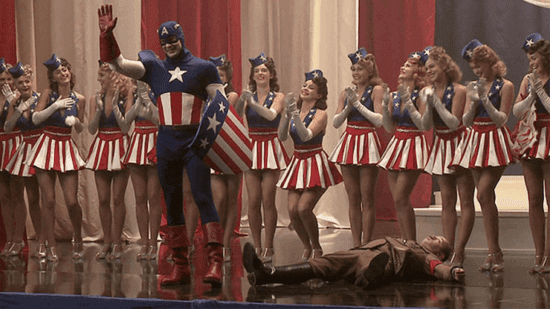 His story may be over. However, Captain America lives on with his shield in new, capable hands.

Like Steve always said; ‘I can do this all day‘.

What do you think of this montage? Does Cap receive more punishment from the likes of Hulk and Hydra in the comic books? Let us know in the comments below.

Comments Off on VIDEO: Every Time Captain America Gets Punched