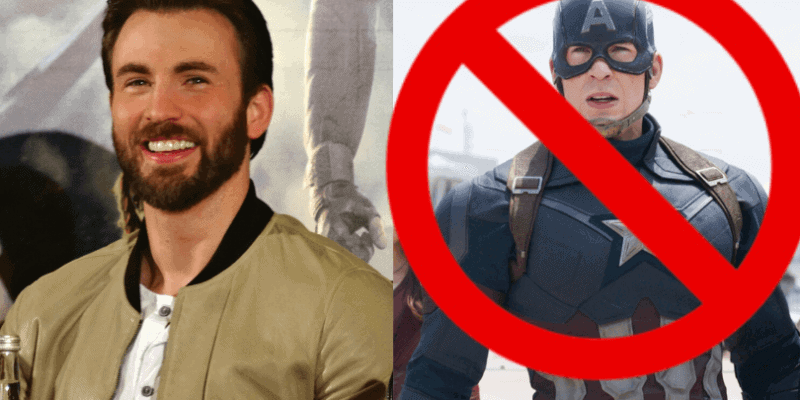 Marvel treasure and all-around dreamboat Chris Evans has revealed who his favorite superhero is and it is both surprising and unsurprising.

The former Captain America shocked fans of the Marvel Cinematic Universe by revealing that neither Steve Rogers’ nor Sam Wilsons’ Captain America are his favorite superhero.

Yes, like most of the world, Endgame star Chris Evans has confirmed that his childhood favorite superhero was Marvel‘s most iconic character; Spider-Man. Speaking to Style Magazine, the Defending Jacob actor said the following;

‘I love Captain America, but Spider-Man was my childhood hero. I would have loved doing scenes like attaching myself to the sides of buildings and trying to spring from one building to the next.’

‘I would have hated to wear Spider-Man’s mask. I’m very claustrophobic, and I doubt whether I could have worn that kind of full suit and mask for hours a day on a set. I much prefer my Captain America outfit, which I think is cooler anyway!’

We’re sure you don’t need reminding, but in the Marvel Cinematic Universe, young actor Tom Holland portrays Peter Parker in his third live-action movie series appearance. Many have cited Holland’s portrayal of Spidey as the most beloved and comic book accurate take, since he took the Marvel fandom by storm in 2016’s Captain America: Civil War.

Chris Evans is of course famous for his role as Captain America, but he also previously starred in another Marvel movie as a different character. Before he was the superstar he was today, the Age of Ultron star took the role of Johnny Storm / The Human Torch in 2005’s Fantastic Four and its sequel; 2007’s Fantastic Four: Rise of the Silver Surfer.

It seems that playing both the mighty Captain America and hot-headed Johnny Storm was not enough to take away Infinity War actor Chris Evans‘s nostalgic love for his favorite childhood superhero.

The Marvel universe may be vast and ever-expanding, but one thing’s for sure; everyone loves Spider-Man.

Are you surprised by the first avenger‘s answer of who his favorite superhero is? Who do you think fellow avenger Chris Hemsworth‘s favorite is? Let us know in the comments below.

Comments Off on Chris Evans’ Favorite Superhero is Not Captain America!