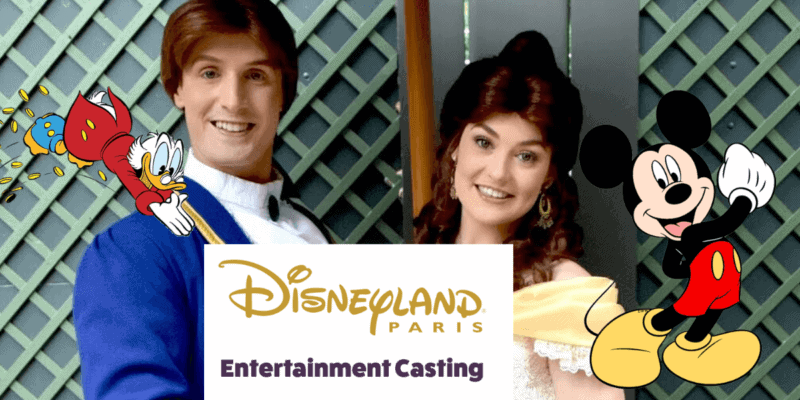 After a long wait, Disneyland Paris‘ Disneyland theme park appears to be on the cusp of reopening. We recently reported that a number of higher-ups were spotted at the park, and that the Paris resort’s golf courses would be reopening in June.

Now the return to normalcy seems closer than ever as Disneyland Paris has posted a press release calling for an open audition for new character performers for its Halloween and Christmas seasons!

Have you got what it takes to be a Disney character? If so, why not sign up at the Disneyland Paris website and audition to become a character performer in your favorite Disney park.

DLP is currently looking for actors who can portray a face character (Disney princes etc.), as well as that special kind of person who loves portraying famous Disney characters like Pluto or Goofy.

The auditions will be held at three locations, all in France; Lyon, Pantin, and Montpellier. Don’t miss out on this amazing opportunity to join the Disney family and become a Paris-based cast member.

What Disneyland Paris is looking for in a character audition

WE ARE LOOKING FOR ENTHUSIASTIC AND HIGHLY ENERGETIC PEOPLE TO JOIN OUR CHARACTER DEPARTMENT FOR HALLOWEEN AND CHRISTMAS SEASONS!

Contract start dates available through a six-month period following the audition. Contract lengths are for a minimum of 4 months. Housing possibilities are available.

These positions include night work, and is thus open to candidates who are of legal age in France, that is 18 years old, pursuant to French law applicable to the protection of young workers.

Candidates must speak English or French.

For more information on all things jobs and auditions, check out the Disney careers website.

Will you be signing up to audition as a Disneyland Paris character? Are you more interested in costume characters, or a face character like Prince Charming? Let us know in the comments below.