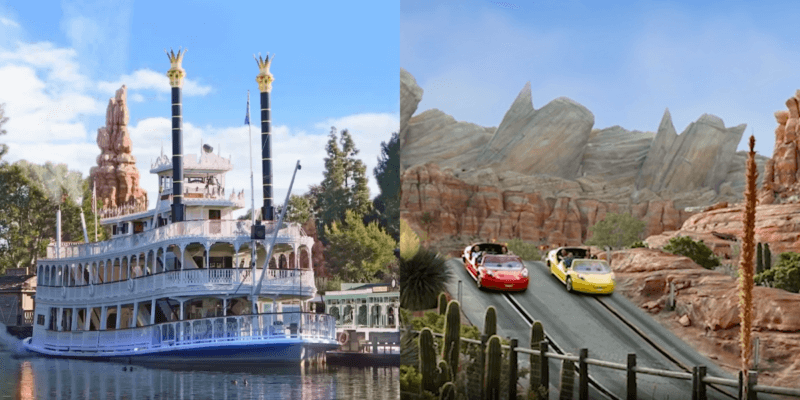 Details concerning Cast Member working conditions at the Disneyland Resort in Anaheim, California, upon reopening, are beginning to be revealed. But as the information was shared with employees and unions, a Disneyland Cast Member Union, Workers United Local 50, has created a Facebook Event called Disney Caravan for Safety.

Keep in mind that the following information comes from screenshots that were shared on Twitter.

According to the screenshots, Cast Members will be required to complete a health screening checklist at home before they even leave for their shift on-property and being subject to a secondary screening with a contactless thermometer when they arrive to clock in.

If the temperature readers over 100.4 degrees, a five-minute cooling period and a second attempt will be allowed. If cast members are still reading a fever, they will be asked to go home and paid based on each person’s contract.

Between July 5, 2020, and September 1, 2020, no attendance occurrence will be issued if Cast Members cannot report in for work.

DLR is only waiving points through Sept 5 ????? pic.twitter.com/PL5aYsgg73

Guests and Cast Members will also be required to wear face masks, and not be able to go indoors without them. If their position requires them to be within six feet of other people, face shields may also be worn by Cast Members as an extra precaution.

Work areas will be cleaned frequently, hand sanitizer stations provided, and other changes to ride queues, eating areas and cash registers have been made.

DL: Guests WILL be required to wear masks. Cannot enter indoor locations without them.

Cast may wear face shields when staffed in positions within 6 feet of others pic.twitter.com/xSCzKdIeWH

Disneyland Cast Members are reportedly being called back by seniority and will have seven days notice before returning to work. The recall will occur two waves. The first will allow Cast Members to remain on furlough. The second will require Cast Members to utilize approved leave or relinquish their position and cast members will be able to respond via a phone call or the hub.

Cast Members will have one chance to decline a return to work in the first wave and remain on furlough without putting their position and benefits at risk — so long as it is feasible. However, failure to state a reason for declining to return to work, or failure to respond to phone calls could result in being passed over for recall.

Cast will have ONE opportunity to decline to return to work. After the second offer they must either go on LOA or quit pic.twitter.com/rRsp2PNK2g

Disneyland Cast Member Unions have asked that the resort pay its employees who are advised to quarantine but have not tested positive. But, Disneyland has not agreed to such terms at this point.

Disneyland has agreed to meet with the Unions so that all ongoing safety concerns can be addressed.

DL has not yet agreed to pay people who are advised to quarantine but have not tested positive pic.twitter.com/IvzWNzubeQ

Deeply concerned with Disneyland’s handling of the pandemic, the Cast Member Union, Workers United Local 50 is also planning an event called Disney Caravan for Safety which intends to circle the property.

This is the latest response sparked by the Disneyland resort’s reopening stratedy. The same union (along with 11 other unions) already issued a letter to Governor Newsom’s office expressing their concerns, and fans and Cast Members alike have taken it upon themselves to petition that Disneyland push back its reopening.

Disneyland Resort is already set to be the last Disney Resort in the world to reopen.