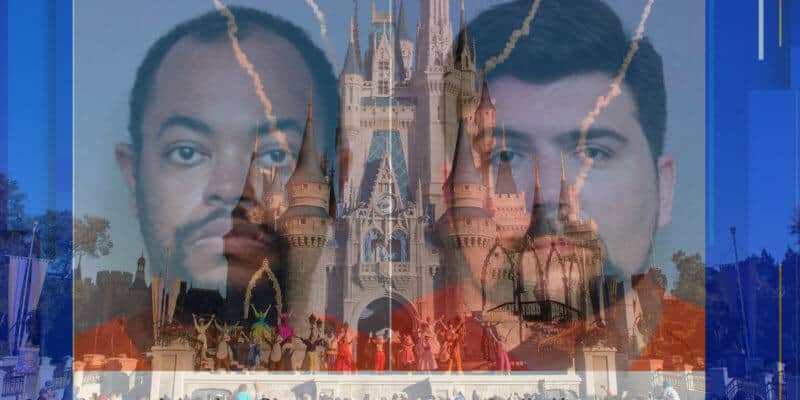 Two Walt Disney World employees were among 16 men arrested for being in possession of child pornography as part of a large scale operation by the Polk County Sheriff’s office, according to Sheriff Grady Judd.

Of the 16 men arrested were 32-year-old Justin Hazan and 36-year-old Arlandres Sims who lived together as roommates along Calabria Avenue in Davenport. According to a news release, detectives responded to their home and found a computer that was advertising videos containing child pornography.

“Hazan told detectives he works at Walt Disney World as an operator on the Millennium Falcon ride. He admitted to downloading and possessing child pornography. During an initial preview of his computer equipment, detectives located files depicting child pornography with victims as young as 4-5 years old. They seized the equipment for further analysis,” detectives said in a news release.

Hazan has been charged with 15 counts of possession of child pornography.

“Sims told detectives that he also works at Walt Disney World as a food runner at the Animal Kingdom Resort. He said he and Hazan met at Broward College in South Florida and recently moved to Davenport together. He admitted to downloading and possessing child pornography,” officials said in a news release.

Sims has been charged with 25 counts of possession of child pornography. Both Sims and Hazan are currently being held at the Polk County Jail.

“Those who upload and share child pornography are victimizing children over and over again. Those arrested in this operation create the demand that sustains a child pornographic exploitation distribution pipeline that traumatizes children across the world. Their behavior is disgusting,” said Judd.

The operation that put Hazan and Sims behind bars was “Operation Guardians of Innocence V” which is run by the sheriff’s cyber crimes unit. The operation is “focused on identifying and arresting those involved in the possession, promotion, and distribution of child pornography.”

According to officials, a total of 1,409 felonies were filed against the 16 suspects, with more charges pending.