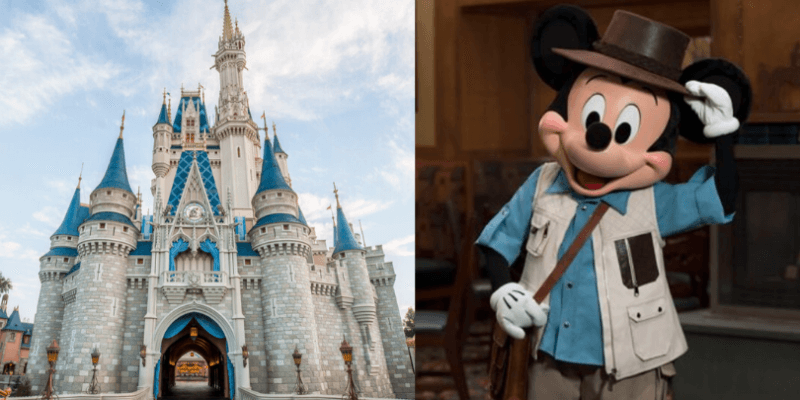 We’ve previously shared our tips for how to have fun at a Disney Park on a solo trip. In doing some more research, we found out that we’re not the only ones who like solo theme park trips. It’s not only because a solo guest can take advantage of the single rider like for rides like Splash Mountain or Incredicoaster, but there are so many other reasons why guests enjoy Disney solo.

We’ve compiled a list of Disney fans’ tips for a solo Disney day.

Many people hestitate and are scared to be an adult roaming alone, but don’t be afraid. Everyone’s too busy trying to enjoy the Disney magic themselves to notice that you’re by yourself. You need not be self conscious because no one will be judging you. It’s also totally alright to go without your kids, spouse, or significant other because there’s others who do it, too.  You can create your perfect Disney moment however you want it to go.

Solo travel allows you to be selfish and not in a bad way. It’s just a different experience. You don’t have to cater to anyone else. It’s not even required to ask easygoing friends if they’re good to go on a certain attraction, watch a parade, or have a Disney dining experience at one of the many restaurants.  Anything that you want to do, you can do it!

Get an Annual Pass

Going along with freedom, having an annual pass especially for traveling solo will allow you the freedom of feeling stressed on time. You don’t have to go all day and rush to do all the things. If you have a few hours after work, go for a meal and a ride or two. Maybe early morning on the weekend before other activities.

Yes, having a pass is an investment, but there are many different price tiers and you’ll be more likely to get and get the most out of it anyways.

Go When the Parks Are Slower

Because you don’t have to cater to anyone else’s schedule, you can pick a day that fits in your schedule and predicted to be a little slower. You won’t have wait times as long for attractions so you could go with or without FastPass.

Being a park hopper on days like this is also great because it won’t take as long to get into each park. Imagine being at Walt Disney World Resort and going from Magic Kingdom to Disney‘s Animal Kingdom, Disney’s Hollywood Studios, EPCOT, and Disney Springs all in a day if you wanted to do that in one trip.

Do things you normally wouldn’t in the parks, like walk around and find hidden Mickeys all over, or stop at all the PhotoPass spots for solo photos by a PhotoPass photographer.

Sit and wait in a good spot for a parade, but honestly when you’re a solo traveler it’s easy to slip into a great spot without having to wait for too long. It’s also a great way to meet other adult Disney fans as you’ll get to talking with the people around you because most are holding spots for their group while they’re off doing other things.

One of the most popular solo Disney trip activities is eating all the snacks, because who doesn’t want Dole Whip!

The next time you planning a Disney trip, think about taking it on your own. A solo trip to the Disney Parks can be quite a way to unwind and destress from the outside world.

Comments Off on Disney Fans’ Tips for Solo Disney Trips