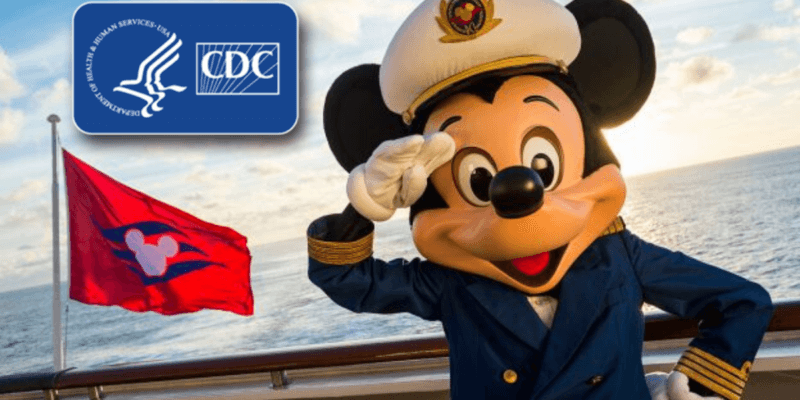 Like many of its competitors, Disney Cruise Line is still attempting to transport members of its crew home. These crew members who have been confined to their ships since the global pandemic closed borders and brought the cruise industry to a halt.

While successful attempts have been made to take crew directly to their respective homes, the Centers for Disease Control and Prevention (CDC) are also helping expedite this repartition process. Once the CDC gives each Disney ship the O.K, they will be able to use commercial transportation to get their crew home, Disney Cruise Line Blog reports.

According to CDC’s webpage on Crew Disembarkation Through Commercial Travel:

CDC is committed to helping cruise lines provide for the safety and well-being of their crew members while onboard cruise ships and as they disembark. CDC is allowing crew members to disembark from all cruise ships in U.S. waters with certain precautions. Cruise lines with complete and accurate response plans will be able to use commercial travel to disembark crew members from certain ships if the ships meet certain criteria set by CDC including that there have been no confirmed cases of COVID-19 or COVID-like illnesses on board the ship within the last 28 days. These ships are also able to lessen certain social distancing restrictions onboard. Cruise lines with complete and accurate response plans under the No Sail Order but not meeting the above criteria will still be able to disembark their crew members using non-commercial travel. Cruise lines must have measures in place to ensure those involved in transport are not exposed to the virus that causes COVID-19 and follow all CDC requirements to prevent interaction of disembarking crew with the public.

“As a prerequisite for requesting commercial travel,” the CDC adds, “cruise lines must have a complete and accurate response plan that provides a safe environment for crew members to work and disembark during the period of the No Sail Order.” Disney Cruise Line has submitted its plans and the CDC has provided feedback for those plans.

However, that feedback includes a status related to the No Sail Order currently in effect. Labeled by three colors–Green, Yellow, and Red–the CDC has labeled the Disney Fantasy “provisionally green,” while the Disney Dream and the Disney Wonder are both “provisionally red.” All three are yet to be approved for commercial travel.

In the CDC color-coding system is defined by the following:

Note: To maintain Green status, ships must submit a weekly EDC form to CDC. Failure to submit, changes ship status to Red. Green ship status means that CDC believes the ship is currently unaffected by COVID-19 based on information provided by the cruise ship operator.

Note: Embarkation of passengers is strictly prohibited for all ships during the period of the No Sail Order and may result in suspension and revocation of this limited permission to operate in U.S. waters

It is important to note here that a “Green Ship” status does not mean the ships can resume passenger service. The No Sail Order remains in effect and the CDC is still unable to say when passenger cruise service can resume as well as which extra safety measures must be taken upon resuming operations.

Related: When Could Disney Cruise Line Sail Again? Facts We Know So Far!

While Disney Cruise Line has attempted to work with the CDC in this manner, and three of their ships currently sit unable to utilize commercial travel, they have also made great progress over the past several weeks. As of June 15, they have been able to use their ships to transport over 1,300 of their crew member home personally with the approval of the CDC.

According to the CDC, as of June 17, that number includes crew members from the United States, Argentina, Peru, Chile, Brazil, South Africa, Mexico, Indonesia, Philippines, Honduras, United Kingdom, and other various non-US territories.

Inside the Magic has reported on two instances where Disney Cruise Line was able to deliver some of its crew members home safely. The first was to bring crew home to St. Vincent and the Grenadines and the second was to Trinidad and Tobago.

Most recently, we’ve learned that Disney Cruise Line was able to disembark approximately 400 crew members in Barbados on June 13. They were then able to fly home from there. Over 260 of which left on a special British Airways repartition flight.

Disney Cruise Line’s effort to return all of its crew home, as well as its return to active cruising service, continues to be a developing story, and Inside the Magic will continue to update its readers as more information comes to light.