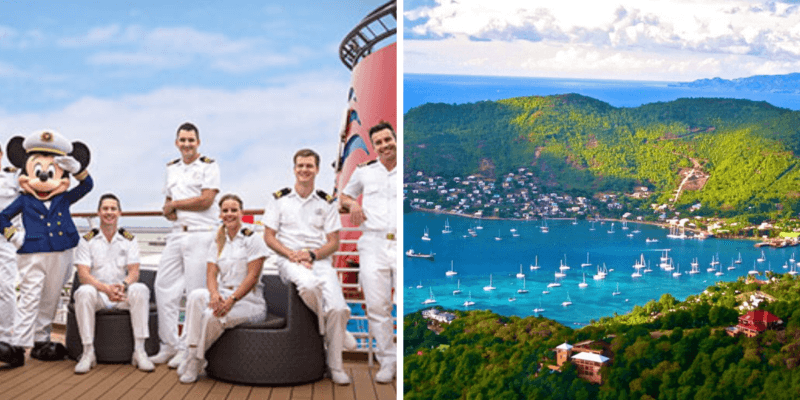 As the global pandemic cancels and delays cruise ship sailings, the massive ships sit anchored offshore with their notably diverse crews quarantined onboard. Now, after enduring quarantines for multiple weeks, cruise companies are attempting to figure out a plan to get their crew back to their home countries, as well as provide any reparations deemed necessary.

One such example has come to light involving Disney Cruise Line and its attempts to return its crew from St. Vincent and the Grenadines (SVG).

Related: How to Rebook Your Disney Cruise Line Vacation

According to the Vincentian publication Searchlight, Disney Cruise Line “has agreed to follow all protocols established by local authorities, including the quarantine requirement so that its Vincentian crew members can be repatriated to St Vincent and the Grenadines later this month.”

“We request to dock only for the time required to disembark these 25 crew members for repatriation within St Vincent,” wrote Russell Daya, Disney’s executive director of Marine Operations, in a letter to chief executive officer of the SVG Port Authority, Bishen John. “In coordination with our port agents, we will follow all protocols established by the health authorities of St Vincent.”

25 crew members stationed on three Disney Cruise Line vessels call St. Vincent and the Grenadines home. Those three cruise ships — the Disney Magic, the Disney Dream, and the Disney Fantasy — are all anchored off of Port Canaveral, Florida, just a few hundred nautical miles north of the islands. The proposed procedure calls for all Vincentian crewmembers to be transferred to and then transported home aboard the Disney Fantasy.

SVG health officials demand that all nationals hoping to disembark must be tested for the pandemic virus, and that they must receive independent results. In other words, they can’t take the cruise company’s word for it.

But receiving permission to make port is only half the battle. Once the Disney Fantasy docks and the crew test negative, the question then becomes how are they going to serve a further quarantine on land, and who is going to pay for it.

Disney has already made previous efforts to return their crew members to their homes across the Caribbean. Daya mentioned in his letter that the Dominican Republic and St. Lucia offered to handle the quarantine of their nationals themselves whereas Disney agreed to provide Grenada financial support in the amount of $100 per person per day. Disney reportedly offered the same level of compensation to SVG, and the local authorities are prepared to accept that offer.

So, it appears that Disney Cruise Line crew is finally making their way home one by one. The only question that remains is “When will they get to go sailing again?”