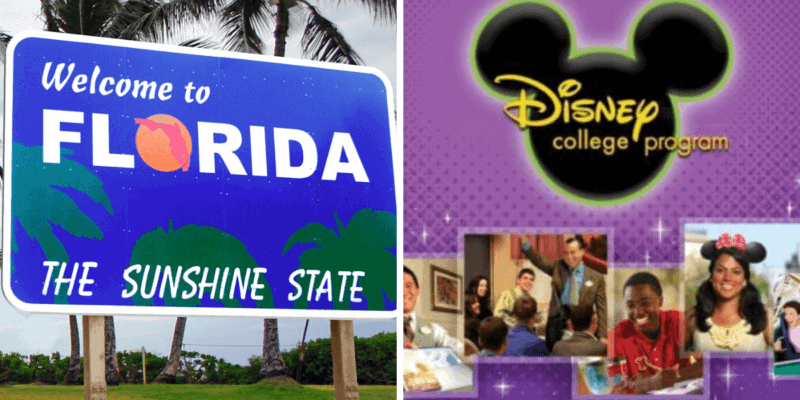 As of June 5, the State of Florida has extended its travel restrictions which require those traveling from New York, New Jersey, and Connecticut to self-isolate for 14 days after their arrival. However, it is made clear that not all who cross the state line will be subject to self-isolation. All those traveling to the state for commercial or educational reasons will be exempt.

Additional Requirements for Certain Individuals Traveling to Florida Executive Orders 20-80 and 20-82 are extended with exceptions for persons involved in commercial activity and students traveling for the purpose of academic work, internships, sports training and any other activity or program approved by the educational institution.

This suggests that any students or young adults coming to the Walt Disney World Resort in Orlando, Florida for the Disney College Program and Disney’s Professional Internships will be able to do so and start their new positions as soon as possible. Such a lift of restrictions on interstate domestic travel could also signal Florida moving closer to lifting restrictions on international travel, which would allow Walt Disney World to move closer to resuming its international programs as well.

Walt Disney World Resort officially suspended its College Program, International Programs, and Professional Internships in April 2020, and according to a Cast Member union, it appears that such programs will not be returning for the reopening. Disney is reportedly seeking full-time employees to temporarily transfer to positions that would have been occupied by students in the college program, as well as by the Cultural Representatives in EPCOT’s World Showcase.

At the time this article is being written, the Walt Disney World resort has yet to release a statement regarding when Disney College Program students and Professional Interns will be welcomed back. However, there are signs of hope for Disney’s International Program. We reported that there are job openings Disney’s 2021 International Representative Program currently on the Disney Careers Website.

The status of Disney’s College Program, International Programs, and Professional Internships continues to be a developing story as Disney World prepares for its phased reopening. Inside the Magic will continue to update its readers on these topics as more information comes to light.

When do you think Disney should restart its College Programs, International Programs, and Professional Internships? Let us know in the comments!