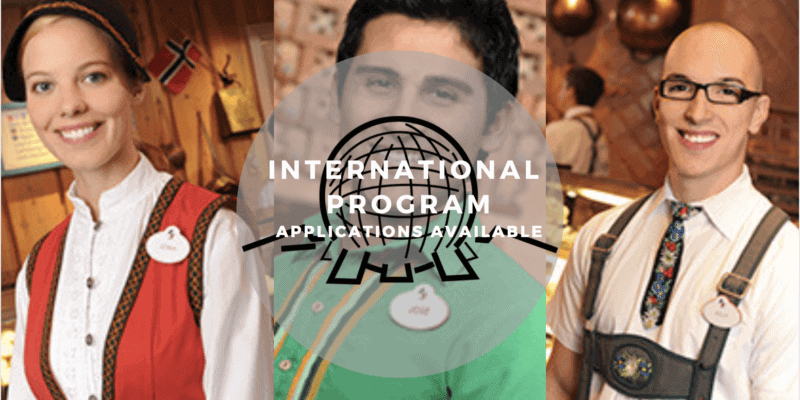 Earlier today, it was announced that upon EPCOT’s July 15 reopening, the World Showcase pavilions at the theme park will not be staffed by international Cast Members for the time being.

The news broke on FOX 35 Orlando and was confirmed on a Disney Cast Member Union call. The union representative acknowledged that international Cast Members will not, in fact, be present at Walt Disney World Resort during its initial reopening phase.

“There are not going to be any international college program students any time soon staffing Frozen’s ride at EPCOT or the Ratatouille ride in France, or the Mexican boat ride. Any of those things will all be run by domestic attractions workers when they open.”

Now, however, there is good news for Guests who enjoy conversing with Disney World Cast Members from around the world and for international citizens who have always dreamed of being an operating participant at WDW.

As per the job descriptions on the Disney Careers website, the international program positions will have start dates between August 2020 and November 2020. This indicates that the Walt Disney Company may be intending to resume their college programs sooner than later.

“The Cultural Representative Program is a twelve-month work experience located at Walt Disney World® Resort, near Orlando, Florida. Participants have the opportunity to share the unique culture and customs of their country with Guests, while working different front line, guest facing roles. Participants must authentically represent one of the countries or regions we have recreated in look and feel at the Walt Disney World Resort.

A video that further details Disney’s Cultural Representative Program can be viewed below:

Although we can’t yet answer the question “When will Disney’s Cultural Representative Program resume?” these career postings are a good sign that the program will resume in 2021, if not sooner.
Are you excited about seeing international Cast Members at EPCOT again during your next Disney vacation? Tell us your favorite interaction with a Disney World Cultural Representative in the comments!