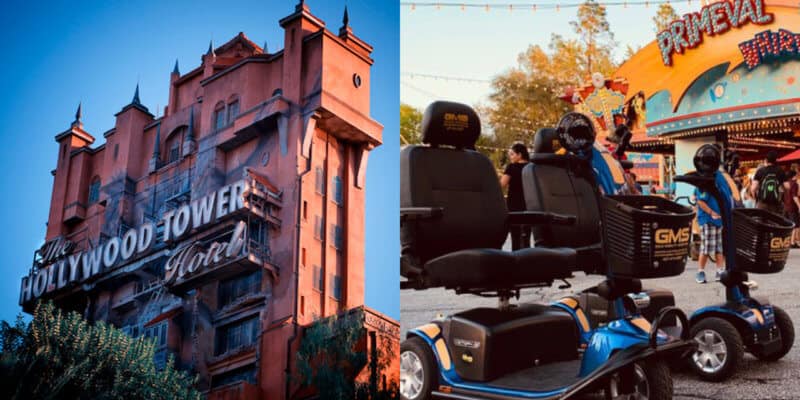 David Maynard, a college athlete, says he missed an entire season on his university’s basketball team after being ran into by a park guest at Walt Disney World who was driving a scooter, which resulted in Maynard needing surgery and extensive physical rehabilitation, according to a new lawsuit filed in Orange Circuit court last week.

Maynard, who suffered from the accident during his Walt Disney World vacation while working around Disney’s Hollywood Studios, was approached from behind in May 2018 when an electric scooter driver ran into him. According to the suit, the crash severed 97% of Maynard’s left Achilles tendon.

As a result of the accident Maynard missed the upcoming basketball season and is now seeking more than $30,000, according to the suit.

“Maynard has suffered great pain and anguish of the body and mind,” his lawsuit said, which claims Disney allows scooter drivers to be too close to pedestrians. Additionally, they say Disney did not properly train the driver of the Disney-owned scooter, among other allegations.

The lawsuit does not list specifically what university Maynard attends. However, according to Orlando Sentinel, Colgate University, located in Hamilton, New York, has a David Maynard of Herriman, Utah, listed on the basketball team’s roster. Maynard missed the entire 2018-2019 season with an injury, as stated on the school’s website.

When reached for comment by Orlando Sentinel, neither Maynard’s attorneys nor the Colgate athletic department returned messages for comment.

Maynard is now a senior and was the second most accurate three-point shooter for the Colgate Raiders.

When reached for comment by Orlando Sentinel, Disney spokeswoman Andrea Finger said, “This is a matter is between two guests, and we will respond to the allegations as appropriate in court.”

As we’ve shared in the past, this is not the first incident of a Walt Disney World guest suing the company after being run over by another park guest’s electric scooter. In January 2019, Dee Ann Glover sued Walt Disney World for $15,000 in damages after she was hit from behind and didn’t see an electric scooter coming. Due to the accident, the Annual Passholder needed surgery to pin a steel rod into her hip, according to Glover’s attorney Trenton Swan.

Do you think park guests should be required to undergo some kind of training to operate an electric scooter on Walt Disney World property? Let us know in the comments!