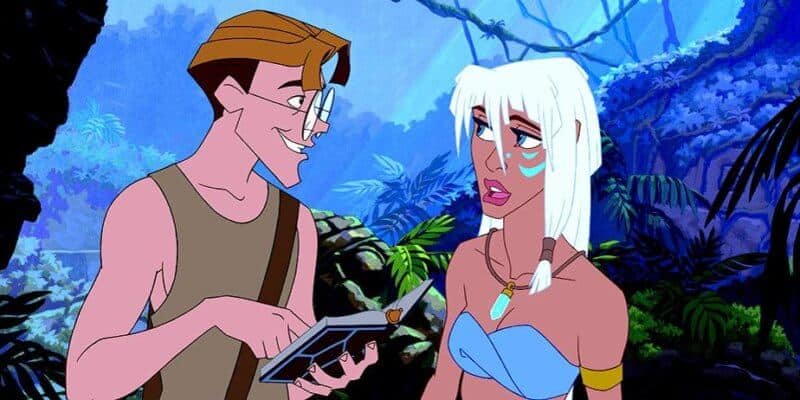 If you are a fan of Disney Animation, you may recognize the names Kirk Wise and Gary Trousdale.

Wise, a legendary director, and his creative partner, Trousdale, are best known for working on Disney Animated films including Disney’s Beauty and the Beast, The Hunchback of Notre Dame and their extremely underrated movie — Atlantis: The Lost Empire.

Recently, Collider had the chance to speak with Kirk Wise on that underrated Disney film to find out more information, including how the possible success of Atlantis could have led to a sequel. And it looks as though the legendary director had already planned an entire second movie to the Disney movie, including a very detailed plot.

When Collider spoke with Wise to see if he had planned out any sequels for Atlantis: The Lost Empire, he explained “Believe it or not we did. [Story supervisor] John Sanford, Gary and I actually concocted an idea for a sequel to Atlantis,” Wise said.

Now if you are thinking that Atlantis already had a sequel, think again. Wise is discussing an actual animated movie, not a tv series like Atlantis: Milo Returns. In fact, Wise touched upon this in the interview saying “It had no relation to the Atlantis TV series that was being developed at Disney Television Animation. This was a feature-length, full-on, full-blown sequel to Atlantis.”

Unfortunately, Wise explained that he can’t recall the name of the sequel to Atlantis: The Lost Empire, but he does remember the plot very well.

“We were going to have a new villain in the story. The villain was going to be wearing big, scary, wool, bulky, World War I-style clothing with a frightening gasmask to obscure it’s face; a little Darth Vader-esque,” he explained.

“And this villain was going to try and retake Atlantis and finish the job that Rourke was unable to accomplish. And the big twist in the climax of the movie is that the villain is unmasked and it turns out to be Helga Sinclair. Plot twist!”

More Information On The Original Atlantis: The Lost Empire

The official description of the Disney film, Atlantis: The Lost Empire, reads “A crew of archaeologists and explorers, led by historian Milo Thatch, board an incredible submarine and head deep into the mysteries of the sea in search of the legendary kingdom of Atlantis. The underwater expedition takes an unexpected turn when the team’s mission must shift from exploring the submerged kingdom to protecting it from the mystical powers that be.”

Atlantis: The Lost Empire is currently available to stream on Disney+. If you are not yet signed up for the streaming service, you can get started here.

Would you like to see this Atlantis sequel come to life? Let us know your thoughts in the comments.