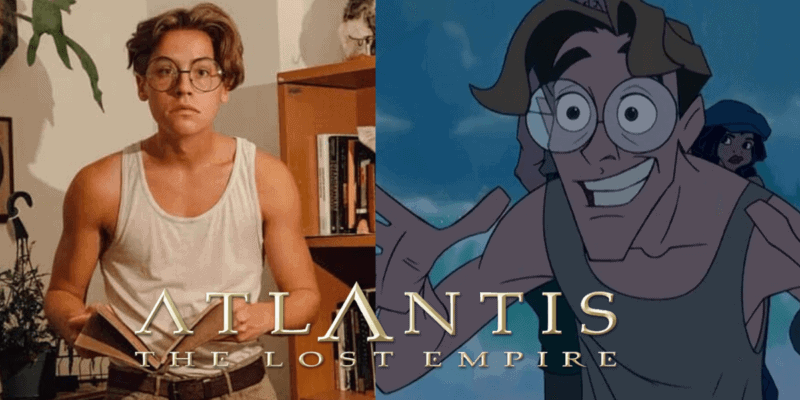 Last week we revealed that Disney is allegedly working on a live-action remake of Atlantis: The Lost Empire.

Speak to almost any Disney fan and they’ll tell you that this animated classic is an underrated gem. We even included it in our list of Disney movies that deserves a live-action remake.

One famous face that is clearly a fan of Atlantis: The Lost Empire is Cole Sprouse.

The Disney Channel veteran took to his Facebook page to cosplay as Milo, the main character in the original animated film.

We have to say, he nailed the look. From the hair to the inquisitive look, we love what the actor has done with this iconic Disney character.

The costume is equally impressive; this certainly isn’t your run of the mill Halloween costume!

Cole Sprouse is one person that is no stranger to playing an iconic Disney character. He and twin brother Dylan are well-known for playing the title characters of mid-2000s classic The Suite Life of Zack and Cody.

Fans love these cheeky twins and with Cole’s amazing costume and look, it’s not hard to imagine him as Milo in a remake of Disney’s Atlantis: The Lost Empire.

As a boy, he and his brother each became a respected Disney actor and alumni. They even starred in a movie spinoff of The Suite Life of Zack and Cody in 2011 simply titled The Suite Life Movie.

Though Tom Holland is the darling of the Walt Disney Company at the moment, perhaps a remake of Disney’s Atlantis could benefit from a slightly lesser-known actor who has been involved with the company since he was a kid.

Disney’s Atlantis: The Lost Empire was an animated film released in 2001. The film follows a linguist and cartography expert named Milo as he meets many a colorful character in his search for the titular lost empire. There he meets an Atlantean princess named Kida (a sadly less acknowledged Disney princess!). The story follows Milo and the ensemble cast as they fight for the fate of Atlantis.

It’s not as well-known as The Lion King or The Little Mermaid, but Disney’s Atlantis: The Lost Empire has established a strong fan base over the years and people are desperate for a remake.

There has currently been no official announcement of a remake of Disney’s Atlantis: The Lost Empire from the mouse itself, but it has been reported to be confirmed by a source at The Illuminerdi.

Do you think Cole Sprouse is a good choice for a live-action remake of Disney’s Atlantis: The Lost Empire? Let us know in the comments below.