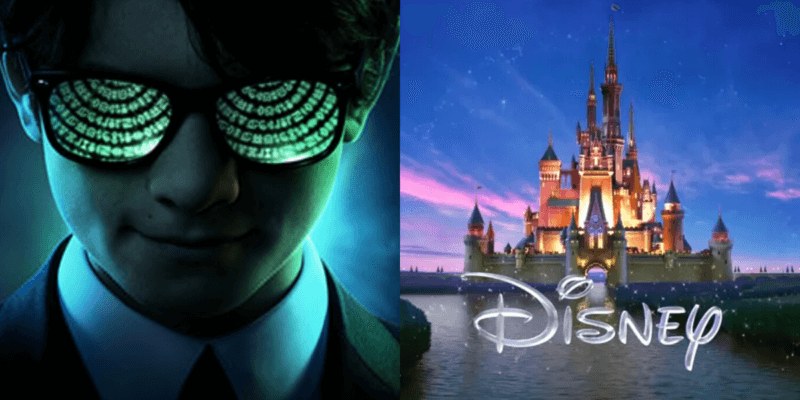 It is, perhaps, no stretch of the imagination to say many a Disney fan has wished upon a star that their story would be published and Walt Disney Pictures would,one day ask if they could buy it and turn it into a movie.

Well, Eoin Colfer is one of the lucky few to have had that experience. And this morning, he recalled that experience of having Disney call about his own book, Artemis Fowl, in an interview with Sky News. But for him, the news simply meant that he could finally afford to have an office of his own.

“When I wrote this book in 2000-2001, I wrote it in our bathroom which I could have only if the baby was awake. So, I wrote it on the nappy-changing table,” Colfer explained. “So when Disney came to me and said ‘Listen, we want to buy the book,’ for me, that meant that I could have a little office. It’s as simple as that so I really didn’t hesitate.”

He continued, “But once you make that deal, you have to live with it and accept it and whatever comes with it and I think I couldn’t be luckier because Kenneth Branagh and Judi Dench are involved so that was enough for me. Once I heard that I relaxed and said ‘okay guys, go for it.'”

You can watch the Sky News clip here:

"Kenneth Branagh and Judi Dench are involved, that's enough for me."

Artemis Fowl went from a project in the bathroom to an international bestseller and the favorite book of many young readers. It was scheduled for theatrical release but after the global pandemic forced the movie theaters to close, Disney elected to skip the cinemas, and Artemis Fowl will premiere on Disney’s streaming service, Disney+, on June 12.

Let this story be a lesson for anybody reading this article who finds themselves writing their book in humble positions like Eoin Colfer was 20 years ago. Keep at it. You just might find yourself starting a bestselling series, getting your own call from Disney, and having the chance to leave the diaper changing table behind for your own office.

But Colfer isn’t the only author to have worked with Disney recently. After several meetings, Disney finally reached a deal with author Rick Riordan to turn his Percy Jackson book series into a Disney+ series.

Have you ever dreamed about having the characters of your stories becoming Disney heroes and villains? Let us know in the comments!