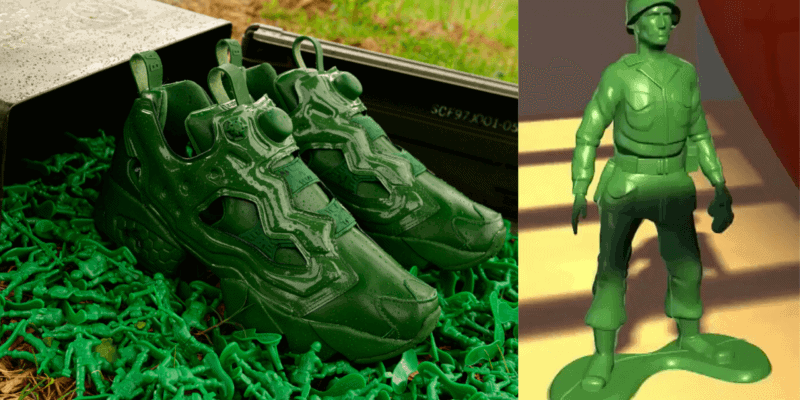 Good news, Toy Story fans. BAIT and Reebok are once again teaming up to produce another pair of sneakers based on the biggest Pixar franchise.

This time around, Woody and Buzz are being left in the toy chest and it is the turn of one of our favorite sets of characters from the franchise, the Green Army Men (otherwise known as Bucket o’ Soldiers).

The new sneakers look fantastic and the team at BAIT have done a fantastic job at making the sneakers look exactly like something you’d find in the world of Toy Story. Check them out in full below:

What’s great about these sneakers is they come in special toy packaging so it looks like you’re buying a pair of toy sneakers. Though the official price is yet to be revealed, the original Buzz and Woody sneakers were priced at $200, so we’d expect the price to stay fairly consistent with these ones.

The Instapump Fury OG sneakers come equipped with an army green colorway and a matching BAIT-branded pull tag on the heel.

This will be a limited run and will be sold online via a raffle. If you managed to get hold of the Buzz and Woody sneakers then luck is on your side — those customers are getting first dibs on the sneakers to make sure they have the full collection.

Here are the original Woody and Buzz sneakers for reference:

What are your thoughts on these new Toy Story army men sneakers? Let us know in the comments below!