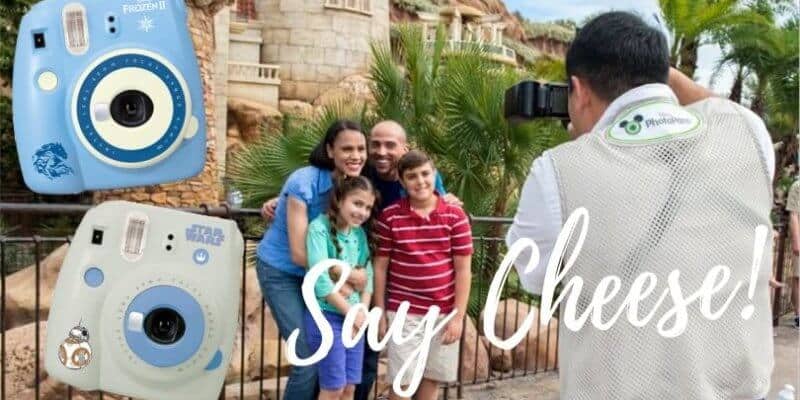 Running out of ideas to entertain yourself, your children, loved ones, or even your pets? Well, why not make a Disney inspired photo shoot to cheer everyone at home!

This is also a great opportunity for some family bonding time, and to register some fun memories. On Amazon, you can find Disney Fujifilm Instax Mini 9 cameras and film to take some polaroid style pictures to take amazing Disney inspired photo shoots.

The Frozen 2 and the Toy Story 4 cameras can be found on Amazon for $49.99, and the Star Wars camera can be found for $69.99. For more information and to purchase, visit Amazon here.

There are also an assortment of Disney Fujifilm Instax Mini films including Star Wars, Alice in Wonderland, Princess, Toy Story 4, Frozen 2, and Mickey and Minnie.

You can purchase the Mickey and Minnie film for $11.95 here.

You can purchase the Alice in Wonderland film for $10.99 here.

And of course, you can pair up the camera and the films up. For example, try buying the Star Wars Instax Mini 9 camera with the Star Wars film for the ultimate photo shoot.

If creating a photo shoot frenzy at your house doesn’t sound like someone thing you would enjoy doing, why not gift a camera and film to a friend or a family member as a present.

It’s your turn to get creative! What did you think of a at home Disney FujiFilm photo shoot? Let us know in the comments bellow.