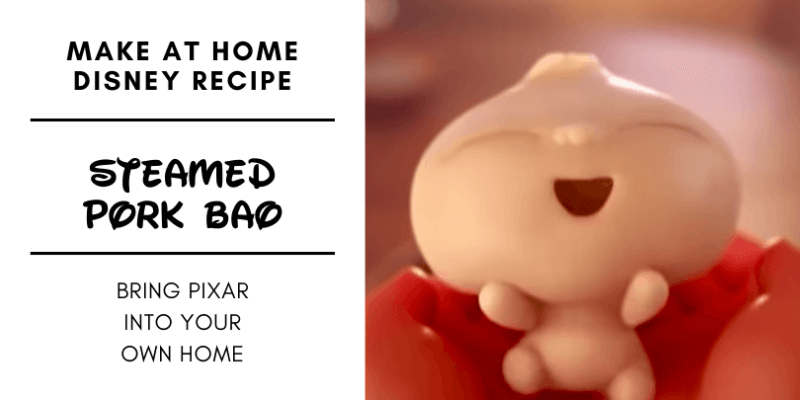 In 2018, we were introduced to an adorable Disney-Pixar Short Film Bao,which aired in theaters before each Incredibles 2 showing.  The Pixar Short by Director Domee Shi is a story about the relationship between a mother and son as he starts to grow up.  The animated short is a great depiction of the family relationship in Chinese culture and brought tears to our eyes.

In Bao, you see the growing pains in the mother-son relationship as they were close when he was young and as they start to grow apart as he becomes an adult.  The mom continues to see her son as her little bao bun over time, running around Chinatown and eating red bean paste pastries together, which makes for a hard time in her letting go.  In the end, he isn’t a kid anymore, leaves home, and moves into adulthood, but after some time he come back home to have a relationship with his aging Chinese mom.

Bao is the Chinese word for little dumpling or steamed bun.  They have been an increasingly popular food item in the Disney Parks since Bao released in theaters.  Now we’re able to make the same Chinese dumpling bao recipe as the Pixar’s Bao.  Pixar released a “Cooking With Pixar” segment on IGTV with Bao to teach us out to make his family’s dumpling recipe and it’s just as cute as the short.

It’s a recipe for success! On this episode of Cooking with Pixar, learn how to make your very own bao! #AsianPacificAmericanHeritageMonth

Enjoy this Bao recipe with your family and watch some of the other heartwarming Pixar short films as well!

Comments Off on “Bao” Appétit With This Pixar-Inspired Bao Recipe Made With Love!