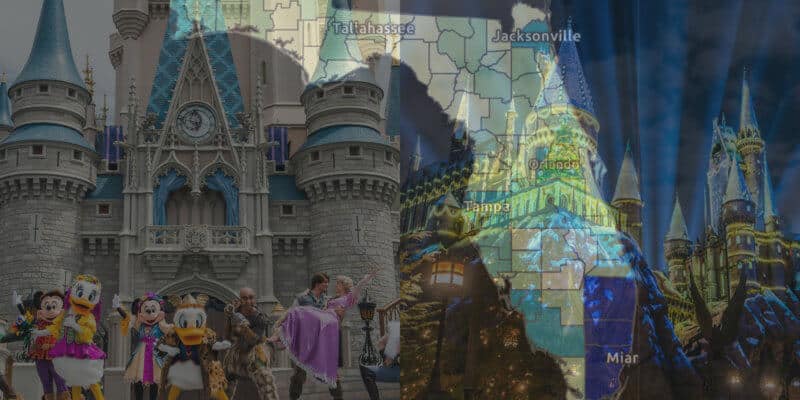 As of Saturday night, the Florida Department of Health says it received 740 new cases of the current pandemic as the state begins reopening. This begs the question: Could this number increase even more when Universal Orlando and Walt Disney World reopen?

It’s worth noting that of the 740 new cases reported Saturday night, this number came out of over 18,000 people who had been tested. However, this number does not point to a significant subside in new growth everyone is looking for, which is a fear of the Florida Department of Health in Orange County who is actively monitoring the number of new cases and the events in connection to these numbers.

As of current, Universal Orlando and only a handful of other attractions have announced plans for reopening in Central Florida. Although, as part of these plans, all of these companies are committing to new social distancing precautions which are believed to stop the spread of the disease.

Regardless of these precautions, Dr. Raul Pino says he and his team are still planning to remain vigilant by monitoring health figures to watch for a potential spikes following Universal’s reopening.

“Could we see an increase in the number of cases? Yes, we could. That’s why we are so actively watching that data,” Pino said.

If this were to happen, we could see the parks and Florida moving backwards with its reopening plans — or the addition of new ones, according to Orange County Major Jerry Demings.

“If we see where we can track new cases to a particular event, if it appears it is directly related to the reopening efforts then we’ll have to make an assessment of that and make an adjustment. Is it possible that we could find ourselves with some other restrictions put in place? It’s possible,” Demings said.

Although, as this fear of new cases remains prevalent for everyone upon the reopening of the theme parks, it is also true that both Walt Disney World and Universal Orlando will be abiding by strict new precautions that have been approved by medical professionals.

Neither company would actively look to place its guests in harm’s way. However, as much work as the theme parks have put into creating all these precautions — it is also, in part, up to park guests to strictly follow these rules to maintain safety for not only themselves but everyone around them. Everyone has to do their part to help stop this disease.

Do you believe the reopening of Walt Disney World and Universal Orlando could result in a spike of new pandemic cases? Let us know in the comments!