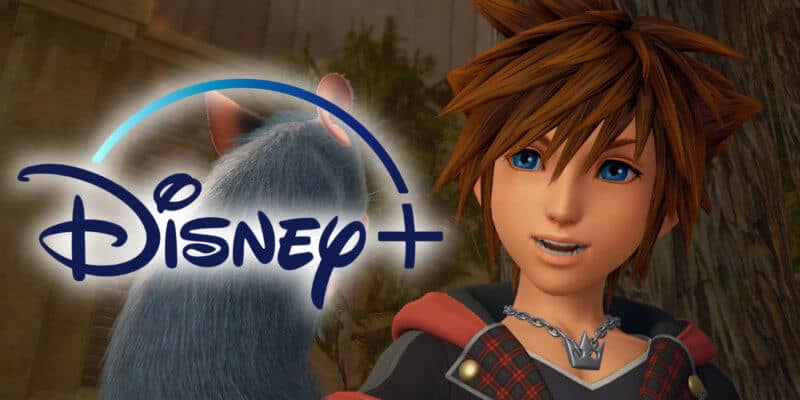 Just last year the most recent edition of the Kingdom Hearts video game series hit consoles everywhere in a major release fans had been waiting years for. And now, according to a new rumor, these fans may be getting something even better than this third video game — Possibly a live-action TV show based on the series!

This new rumor, taking the internet and Twitter by storm, points to the idea that Disney+ is developing a Kingdom Hearts TV series that would feature Sora, Donald, and Goofy journeying through various Disney movie universes.

For those not familiar with Kingdom Hearts, which has been a fan favorite of many Disney fans for the past 20 years, the classic video game follows Sora — who’s world is thrust into a quest to find his missing friends and prevent armies of darkness from destroying other worlds after his is destroyed and his friends mysteriously disappear. Along his journey, he finds himself in another world where he meets Disney characters Donald Duck and Goofy who all decide to go on this mission together by request of King Mickey.

At this time, there are no solid details of the rumor discussing a potential storyline or plot the TV show would follow. However, we’d like to think it would most likely would follow the storyline of the game series: Sora on his adventures with Donald Duck and Goofy as they attempt to stop the dark armies from destroying more worlds.

It’s worth noting again that at this time this is only a rumor. Disney has not confirmed that the video game is being adapted into a television show. However, some fans have already taken to Twitter to express their desire and excitement over the possibility of the show on Disney+.

Uh did I just read somewhere that there Making a Kingdom Hearts show on Disney plus?? is this real?? If so I hope it turns out good!

Is this true that a Kingdom Hearts Show could be in production on disney plus?! ?https://t.co/DZ0eghPSIk via @YouTube #DisneyPlus #KingdomHearts

What are your thoughts on the idea of a Kingdom Hearts TV show possibly coming to Disney+? Let us know in the comments!