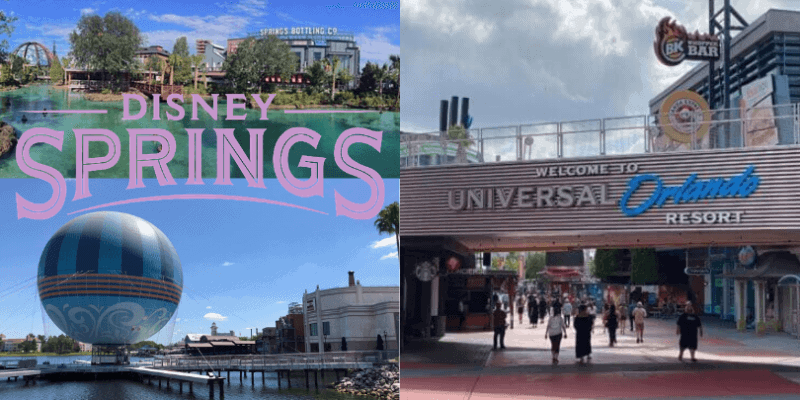 Vice President Mike Pence met with Florida Governor Ron DeSantis during a Florida tourism roundtable on Wednesday. The group of government officials met to hear from and discuss plans by local hospitality and tourism industry leaders for reopening. And during the call, Gov. DeSantis reiterated his support for theme parks and their reopening efforts.

The meeting began just hours after the first part of Walt Disney World Resort, Disney Springs, officially reopened to the public, and less than a week after the Universal Orlando Resort’s CityWalk reopened, as well.

“We had almost no negative pushback from anyone, whether it be our Team Members or our guests — they’re understanding, they’re cooperating,” said Sprouls.

Sprouls also shared that safety issues present a number of layers, but if they can layer in enough protocols then they can protect all Universal team members and guests as much as possible.

Both DeSantis and Pence spoke in favor of Florida’s theme parks and the actions they have taken, with the VP even saying that it was admirable for Disney World to close its gates when it did.

DeSantis also reiterated that this is a virus that does not transmit as much outdoors. “Even at your parks I know you have a mix of things, but a lot of times you’re outside, you know, getting on a ride or whatever,” he said. “So I think use that to our advantage.”

He also stated that water parks like Disney’s Blizzard Beach are, in his eyes, “pretty low risk” since the CDC stated that water is not how the virus can be transmitted.  George Kalogridis — President of Segment Development and Enrichment for Disney Parks, Experiences and Products — shared that he appreciated what DeSantis had to say about Blizzard Beach.

“Our business won’t all come back at once, this is going to take time. And these programs for the employees that have come from the government are really helpful and we really appreciate it,” Kalogridis said to DeSantis and Pence regarding the government assistance that has been made available to Disney employees. “So I want to thank you for that, and the speed at which that happened was important and the message really is that we’re going to need that for a while. Because everybody’s not going to come back in one week. It’s going to take time, so thank you for that.”

Kalogridis reiterated to Pence that most of Disney’s workforce has been impacted by the pandemic.

At this time, the theme parks and resort hotels of Walt Disney World Resort and Universal Orlando Resort remain closed until further notice. However, soon we will be getting more information into when the theme parks will be reopening. Both Disney and Universal parks in Florida will soon present their reopening plans to the Orange County task force, led by Mayor Jerry Demings. Read more here.