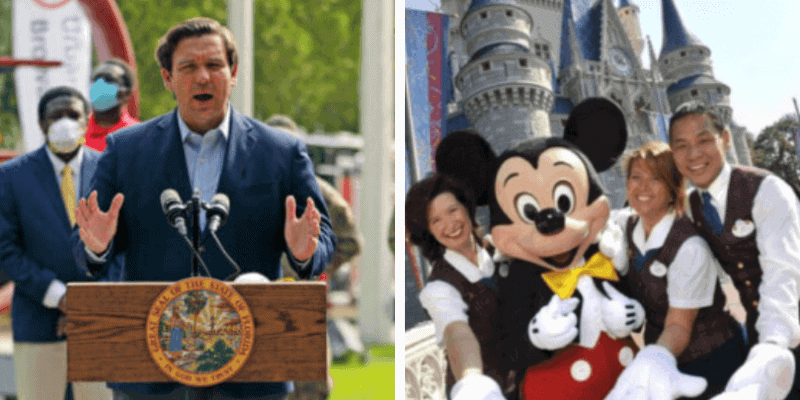 At a press conference on Friday, Florida Governor Ron DeSantis expressed his frustration regarding the public’s reaction to the state’s unemployment system, stating that those whose application to was denied did not complete the form properly.

He said that Florida’s Department of Economic Opportunity (DEO) made it a point to follow up with applicants to let them know the application was wrong. Citing errors such as a failure to enter their wages or social security number.

“DEO goes through this, and nine times out of 10, the application’s incomplete,” DeSantis said. “And I think if you have applied in that time period, and your application’s complete, and you qualify, I think 99.99 percent of those folks have been paid.”

If the global pandemic brought anything to light about Florida, it is that the state’s unemployment system has left a very bad taste in the mouths of the furloughed, particularly with employees of major resorts in the state: Walt Disney World and Universal.

When Walt Disney World placed tens of thousands of its employees on furlough, they worked with the state to auto-enroll their cast members in unemployment. And when it came time for Universal Orlando Resort to furlough some of their employees, they did the same.

“Taking care of our team members during this difficult and challenging time remains one of our most important priorities. We are working hard to find solutions that also allow us to sustain our business,” Universal stated. “All of these team members remain in our thoughts – and, while we don’t yet know when, we look forward to returning them to work one day.”

However, despite being auto-enrolled, Disney World Cast Members were still denied, and some are still struggling to get the financial support they need.

“I don’t blame Disney, it’s unemployment, said Disney World Cast Member, Laura Colt. “I’m sure Disney had all their i’s dotted and t’s crossed they were trying to make it easier on everyone, but unemployment has failed. What I do hear from several cast members is they are in the same boat, they were denied.”

It isn’t just the assurance the application was completed, people have reported that the unemployment site, as a whole, was constantly overwhelmed and applications were unable to be completed before they were kicked out and had to start all over again.

The dissatisfaction with Florida’s unemployment system has caused several Disney Cast Members to protest the current system, demanding it is changed.

“The system is broken,” said Jeremy Haicken, president of Unite Here Local 737, one of the many unions representing Disney World employees. “We’re not going to stop until Gov. DeSantis fixes this unemployment system.”

Florida begins the full phase one of its reopening strategy on Monday, May 18.