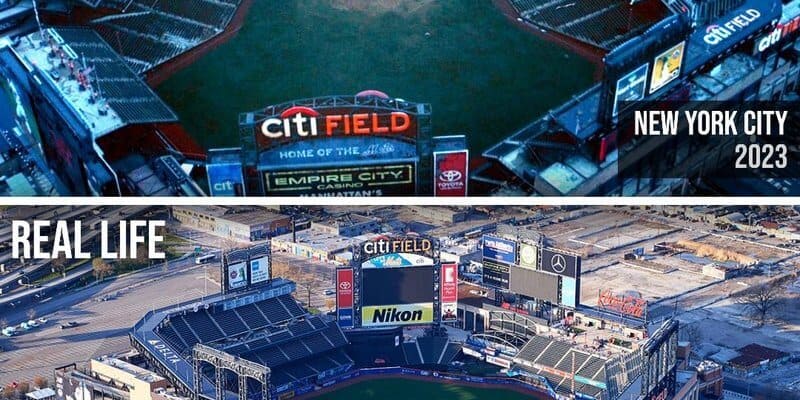 The streets are bare, public places are closed, and support groups are put in place for the vulnerable. No, I’m not describing footage from our pandemic infested world; I’m describing a scene from Avengers: Endgame.

After the Avengers‘ valiant efforts to find and kill Thanos in the prologue of Endgame, we’re met with a solemn and all-too-real universe, with a defeated team after the events of Marvel‘s Avengers: Infinity War.

Earth’s mightiest heroes have failed to stop the Mad Titan and the had to face reality, five years on. Not even the combined strength of Captain Marvel, Captain America, and Thor can change that.

The remaining Avengers including Robert Downey Jr’s Iron Man return to their post-snap lives, with half of the Marvel Universe wiped out. Thanos won the infinity war.

However, in an eerie instance of film preempting life, these photos from the current New York quarantine show just how similar our current situation is to the Marvel world after Thanos’ snap.

No, this isn’t an easter egg from a highly successful Marvel superhero film, these photos compare the Marvel movie universe to our own real-life universe right now.

These shocking pictures show the Marvel universe‘s New York, ravaged by Thanos’s snap after he gained the infinity gauntlet and each infinity stone. Any Marvel fan can tell you that Thanos wiped out half of all life in the Marvel Cinematic Universe, leading Captain America, Iron Man, and every other Avenger to pull a ‘time-heist’ to bring the universe back.

Who would’ve thought that our world would look nearly identical to the Marvel world, without our favorite avenger being there to save us, of course.

Check out this scene from Marvel‘s Avengers: Endgame versus its real-world counterpart. Lady Liberty and the New York docks are devoid of life when decimated by Thanos and the Covid-19 virus respectively.

We sure wish we had Doctor Strange or Black Panther right now to help us overcome this particular gauntlet. Spoiler: they’re busy being turned to dust thanks to Thanos’s snap.

Check out the film world that Marvel superheroes had to deal with versus the world where the Marvel Cinematic Universe is just an (amazing) movie series.

It seemed like fiction when Marvel‘s Endgame was released in 2019, but now in our own universe where Marvel characters are just characters, baseball stadiums really are closed for the foreseeable future.

Of course in Endgame, Captain America, Professor Hulk, and Iron Man are joined by The Winter Soldier, Pepper Potts, and every other Avenger for the greatest battle scene in movie history, but what about our world?

As Marvel fans, we can only be patient and hope that our own crisis will end soon. Maybe we can all celebrate by watching Avengers: Endgame in theatres again. Whatever it takes.

What do you think of these Endgame snap photos? Do these post Infinity War shots from Avengers Endgame remind you of our own universe right now? Let us know in the comments below.