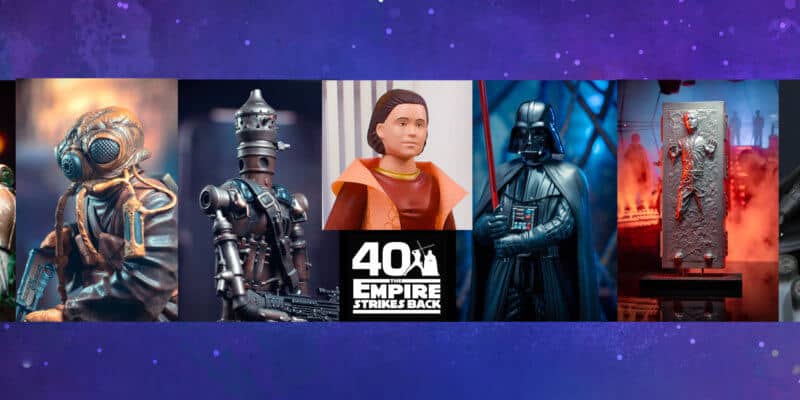 On May 21, 1980 a much-anticipated sequel to Star Wars (aka Episode IV: A New Hope) blasted its way into movie theaters. Thanks to collectible creation company Gentle Giant, fans have a stellar way to celebrate the Empire Strikes Back 40th anniversary.

Star Wars, with the help of Kenner, helped launch action figures into the retail and collectible spotlight.  Gentle Giant, in turn, brings many of these figures to (larger than) life as incredibly detailed statues, including eight dedicated to Episode V. 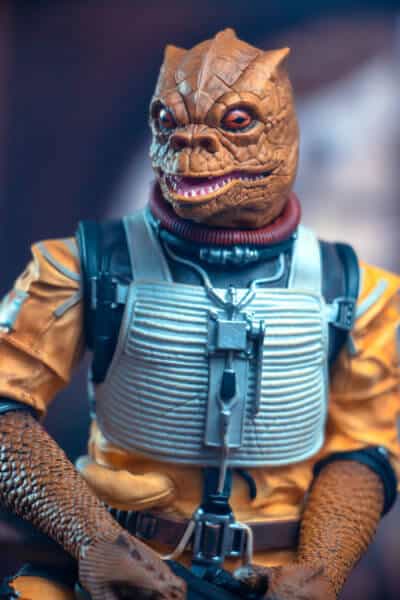 Its been forty years since Star Wars Episode V: The Empire Strikes Back transformed the Star Wars galaxy from a single, stand-alone adventure, into a long-lived series of sequels and prequels. It is believed, by many to be the greatest Star Wars movie.

The first of the Star Wars films to leave fans wondering with its cliff hanger ending, Empire introduced more depth and diversity to the Star Wars Universe. Delivering new details and excitement like ice planets, Imperial Walkers, bounty hunters, a city in the clouds, Lando, Yoda, and the beginnings of Han and Leia’s relationship, the film also dropped a big bomb in the saga’s story with Darth Vader’s revelation to Luke Skywalker.

Darth Vader commanded much more malevolent screen time in Chapter V. From an enigmatic entrance on Hoth to an epic battle with Luke Skywalker on Cloud City, Empire Strikes Back showed fans just how dark this villain can be. Gentle Giant offers a pair of Darth Vader statues with their 40th anniversary line up. 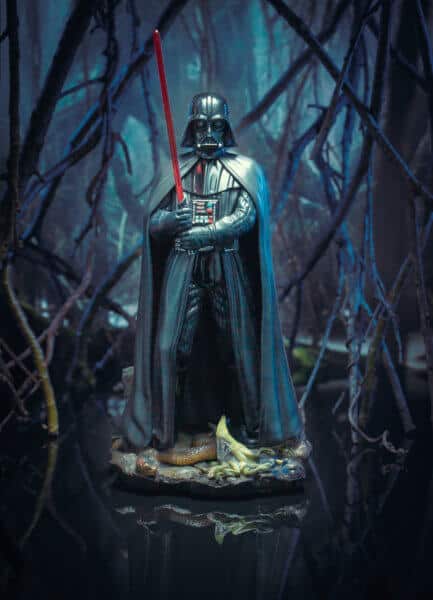 Something emerges from the fog… something that should not be here. A sinister shape forms and you cannot believe your eyes! Master Yoda told you not to take any weapons with you into the cave. He warned you that inside you would find “only what you take with you.” You are young and impulsive and you have not completed your training, so you charge in regardless and now, standing before you, is a figure that shouldn’t be here, the menacing shadow of the Dark Lord of the Sith, Darth Vader!! Can it be? No…this apparition is something darker still… this is the pure dark side of the Force! Moreover, It is coming right at you! –Gentle Giant 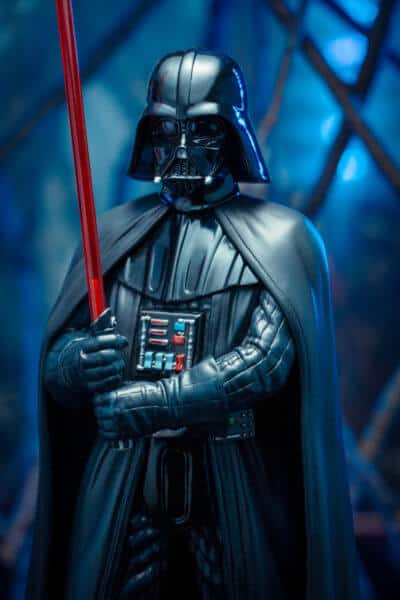 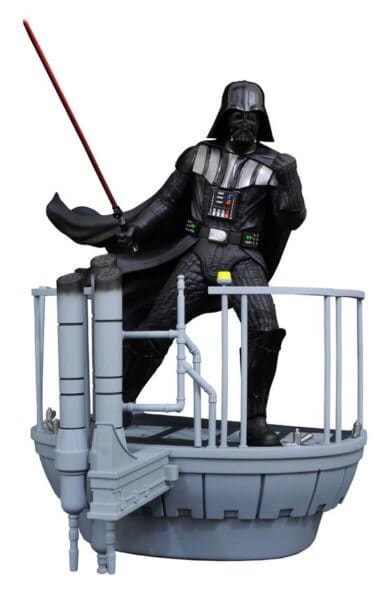 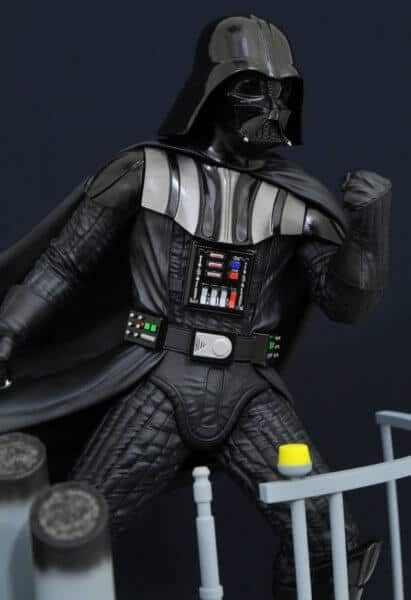 The Empire Strikes Back brought Han and Leia closer together than ruthlessly separated them.  This could not be better defined then with the two collectibles below:

Taking its inspiration from the original 3.75 action figure, Gentle Giant adds Leia Organa (Cloud City) to its 12” Jumbo Figure line up.  Leia even arrives in packaging resembling 1980’s card back and plastic bubble style!  $80 (+ shipping) delivers this nostalgic delight to your door. 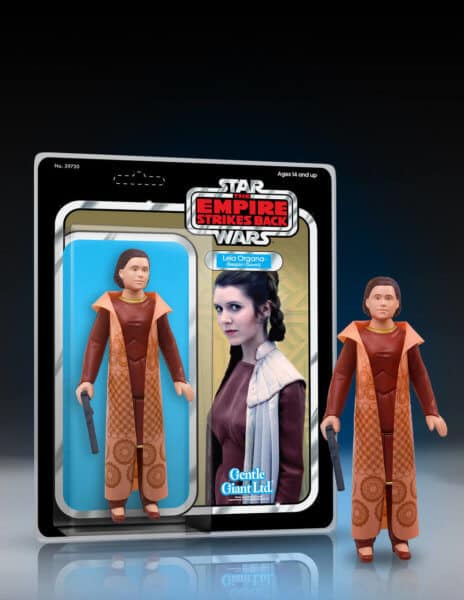 In contrast to Leia’s Cloud City beauty, Han Solo didn’t fare as well.  The 1/8 scale Han Solo In Carbonite Collectors Gallery Statue ($159.99) stands about 8” tall. Ready for transport to Jabba the Hutt, this trophy is part of the Star Wars Bounty Hunter series (see below). 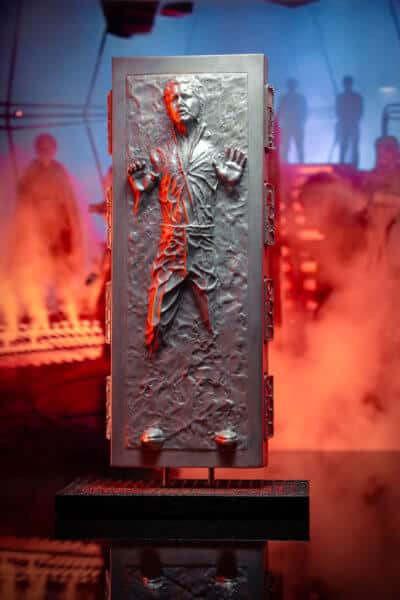 Empire Strikes Back unleashed a bounty of mercenaries

In an effort to track and trap Han Solo, Chewbacca, Princess Leia and the droids, Darth Vader assembled a rogue’s gallery of bounty hunters.  Four of these feared thugs inspire detailed 1/8 statues. 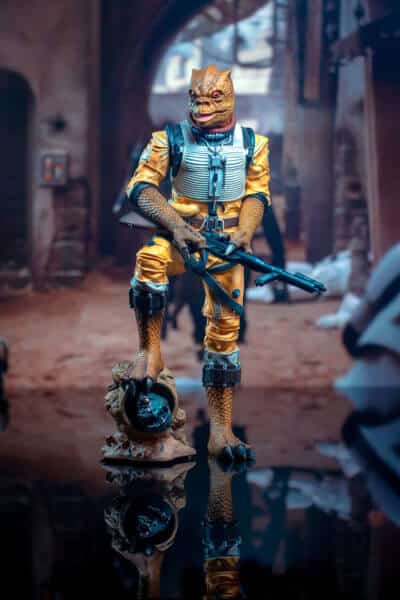 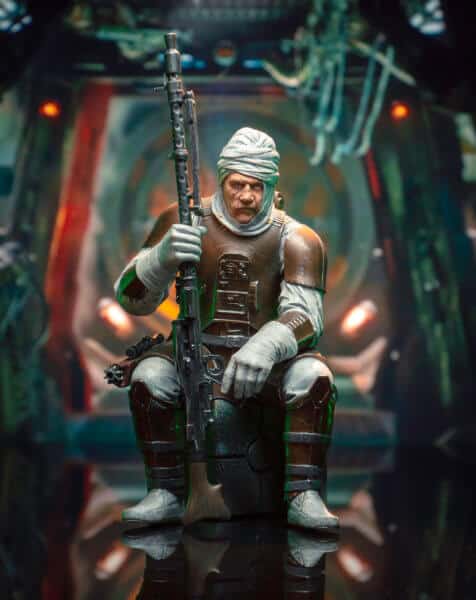 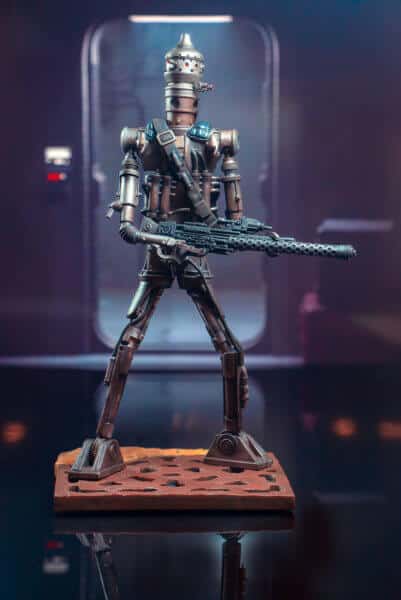 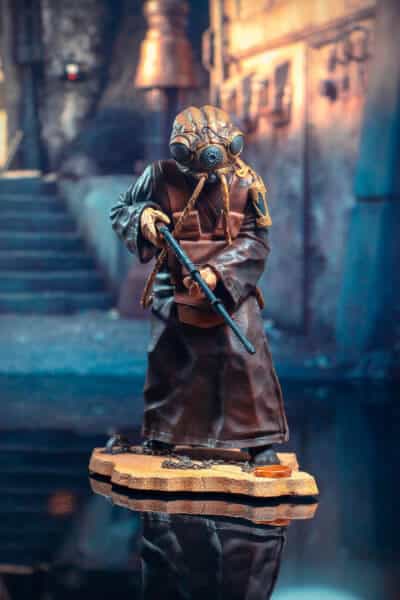 Rounding out the group, Star Wars™ The Empire Strikes Back – Zuckuss Collectors Gallery Statue fetches a bounty of $159.99.

Today viewers enjoy a host of various Star Wars films. For those swept up by the sensation in the late 1970’s, The Empire Strikes Back, despite its dark tones, offered hope to fans of the franchise. This new hope was not only realized by continuing the Star Wars saga, but also delivering the promise of more to come.

With delicious detail and quality casting, Gentle Giant affords fans and collectors opportunities to take a home a piece of this exciting chapter in the Star Wars series.

Which of these Gentle Giant pop culture masterpieces will make their way to your mantle or collector’s case?