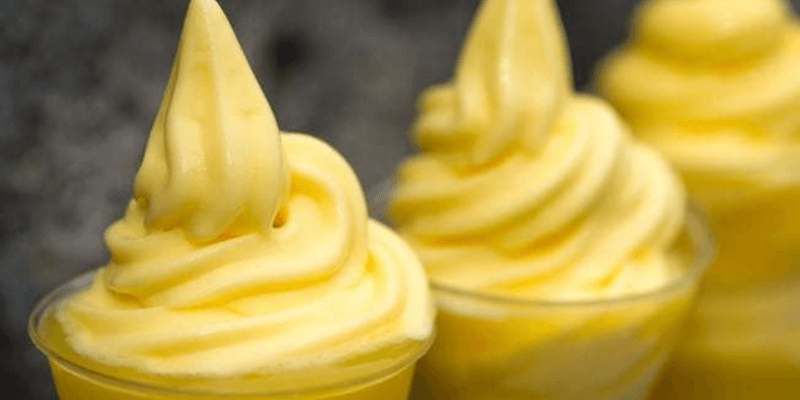 One of the most iconic Disney Parks sweet treats is Dole Whip.  It’s been around since 1986 when Dole first sponsored Disneyland Resort in Anaheim, California’s Enchanted Tiki Room in Adventureland.  You can also find them at Magic Kingdom in Orlando, Florida, as well as, the other places around Walt Disney World property.  The Disney Parks Blog and Disney Parks app have been bringing some Disney magic into our homes by sharing recipes for famous Disney treats like churro and, you guessed it, Pineapple Dole Whip.

It’s been a delicious few weeks since we shared the recipe for the Dope Whip, and we as Disney fans been recreating treats from homemade Dole Whip to a delicious float!  Dole Whip lovers have started such a craze that it has become fun merchandise like Dole Whip jewelry and even Dole Whip phone cases. Well, it’s time to whip out your phones and blenders (no pun intended,) because Dole Food Company is hosting a DIY Dole Whip Contest.  Now keep in mind, the recipe differs a little from the Disney Parks one because it uses ice cream and Dole’s is vegan, gluten free, and dairy free.

Here are the rules and how to enter the contest! From May 29th to June 8th, 2020, Dole is challenging to get creative with its legendary soft serve dessert for a chance to be Grand Prize winner receiving a Vitamix A2500 Ascent Series Blender valued at more than $600 and the title of Dole’s Ultimate Dole Whip Fan.  Dole judges will reward four submissions with a Dole Whip-inspired prize pack.

Move aside, this #DIY Pineapple Dole Whip ? is here to transport you to sunnier days and we’re #here for it. One bite at a time, say hello to pineapple sunshine. ☀️ Get the recipe linked in our profile.

This is Dole’s Original Dole Whip Recipe that must be used as the foundation for your photo submission.  Keep in mind for your DIY Dole Whip that Dole does sell pre-packaged frozen pineapple chunks and banana.

Get your piping bag ready for this dairy-free creamy treat.  We’re so excited to see what everyone comes up with on their own Dole Whip!  Make your pineapple whip look good.  This is going to be a fun contest that takes Disney’s Dole Whip for a swirl!

Comments Off on DIY Dole Whip Contest: Are You The Ultimate Dole Whip Fan?