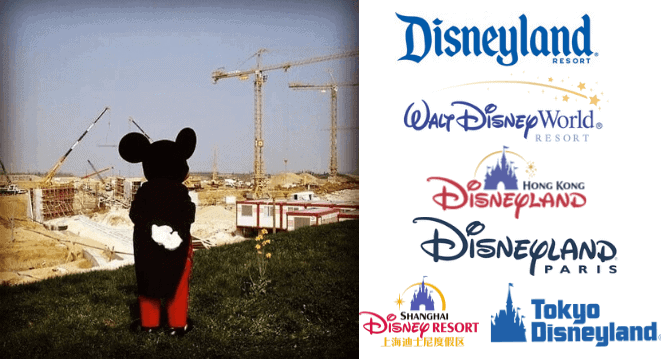 The Disney characters are undeniably one of the most magical things about every Walt Disney resort and theme park. They have captured the imagination of kids and adults alike for decades.

Well, the Shanghai Disney Resort’s official page decided to honor these amazing Disney experience by taking to Instagram and sharing their first character memory; the grand opening ceremony starring Mickey, Minnie, Snow White, and many others!

I don’t know about you, but I think the Disneyland Paris character memory is adorable! It’s so cool that they got a Disney character to oversee construction, and who else could it be but Mickey himself. What a great photo!

I suspect we’ll be seeing a lot of the Disney icon in these posts, as he is a lot of people’s favorite Disney character; not to mention the mascot of each theme park!

Which character will they share a photo of? I mean, probably Mickey. But I’d love to see my boy Winnie the Pooh and my favorite Princess Tiana make an appearance!

Many a popular character now in the Walt Disney family like the Star Wars characters weren’t even in the picture when many of the resorts opened, so I suspect we won’t be seeing much of them.

Still, I love seeing a historical photo from the Disney parks. It’s so great to celebrate memories with our number one Disney character at the happiest place on Earth!

Now let’s wait and see what photo the other parks choose for their Disney character memory.

What is was your first Disney character? Are you more a Mulan person, or a Cinderella? What is your best character meet and greet memory? Do you have a photo you’d like to share using #Disneymagicmoments? Let us know in the comments below!