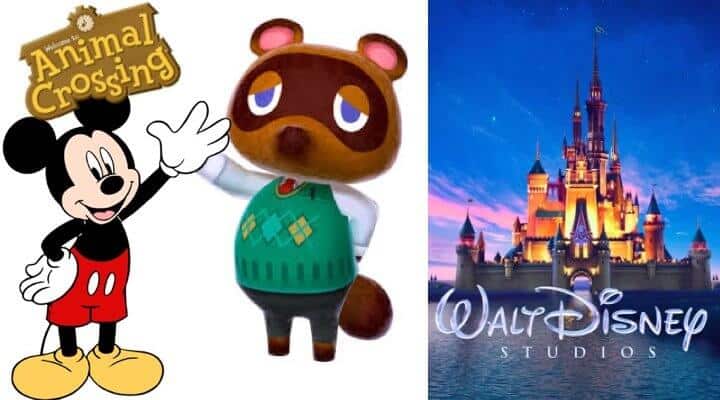 It’s no secret that we at Inside the Magic love us some Animal Crossing. I’ve spent more time on my island than any player probably should when considering basic hygiene. But hey, Walt Disney World is closed; what do you expect me to do? Go outside? Please. I have twitter and an Animal Crossing video game. That is one new horizon too far.

But seriously, all of these Animal Crossing New Horizons shenanigans got me thinking about what new horizons Walt Disney Studios could be looking to for future films. I’ve already made clear that I think Hercules should be the final Disney live-action remake, and I’d love to see a return to 2D animation from the Mouse; something we haven’t seen since in theatres since The Princess and the Frog.

Well, with the insane love for the Animal Crossing series right now, it got me thinking;

Why not collaborate with Nintendo on a 2D animated Animal Crossing movie!?

Yes, I’m aware that there was an Animal Crossing movie made in 2006; Dōbutsu no Mori (Animal Crossing: The Movie). However, this has never seen a release outside of Japan; what better way to bring the joy of the Animal Crossing community than by a stunning collaboration by two of the world’s biggest family brands! It would also cement Animal Crossing as a franchise as famous as Pokémon or Star Wars, as well as kick-starting a new line of 2D Disney animated movies.

Why A Disney/Animal Crossing Collaboration Would Work

Tom Nook, the Able Sisters, and the other deserted island inhabitants of Animal Crossing have never been more popular. The series has been going strong for years, yet thanks to the quarantine, a ton of former non-gamers have become hooked on the ability to design their perfect town, island, or even outfit in the world of Animal Crossing.

Bottom line: the fan base is there.

Animal Crossing also famously focuses on a lot of the same values that Disney fans share. The theme of kindness is the big one and we could certainly see Disney crafting an Animal Crossing movie that rewards fans of each company.

That’s to say nothing of the animation style; adorable fan favorites like Timmy and Tommy, Isabelle, and K.K Slider beg to be brought to life by Disney animation. That’s just the tip of the iceberg for cool stuff that a Disney Animal Crossing movie could bring!

I’m probably getting too excited here, but imagine if this took off and Animal Crossing became a big part of the Disney identity. We could have Tom Nook character meet and greets and a Nook and Cranny store in each theme park. I’m imagining The Able Sisters’ shop on Main street and an Animal Crossing app a la the Nook miles in New Horizons. Do they not all beg to be part of Disney’s Animal Kingdom? Like, seriously. It’s too perfect.

Animal Crossing just seems to fit in with every aspect of Disney so nicely; the ethos, the Disney parks, and of course, the character design.

Sadly, with Nintendo already building its own theme park in association with Universal, this is almost certainly a dream too far. But I’d still love to see this movie. With the gorgeous island aesthetic crafted in each Animal Crossing game, Disney would surely be able to craft a story set in this world to please every fan.

I just want to see a Tom Nook in a Disney-style design. That is my dream. That and being able to dress my character in cool Disney, Marvel, and Star Wars outfits; what an awesome design!