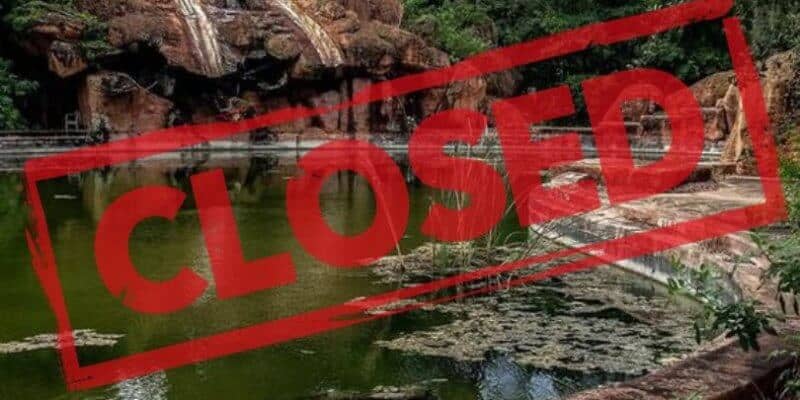 Such a big company like The Walt Disney Company surely had some failed projects here and there throughout its history. Which is normal. But it is still interesting to know what failed and why. Here we bring you three projects proposed by The Disney Company throughout the years, that for one reason or another were abandoned.

Disney’s River Country opened in 1976 as Walt Disney World’s first water park. It was built along Bay Lake, about one mile away from Disney’s Magic Kingdom. The water park followed the theme of an old fashioned rustic swimming hole, being the first themed water park in the world. The park had two huge pools, with one of the pools, Bay Cove, being half an acre with about 23.6 million gallons of water.

The park which was a success with the public, prompting Disney to invest in a new water park in 1989, Disney’s Typhoon Lagoon.

Also, in 1980, an 8-year-old boy was killed at River Country due to the bacterial infection from the Bay Cove pool water. The bacteria is very common in Florida waters, but even though Bay Cove pool used water from Bay Lake, the water was filtered to ensure guest’s safety. This was the only incident of that bacterial infection in the park’s history.

The park was closed in 2001 for routine maintenance that happened during December, but this time, the park never reopened. And in 2005, Disney Company announced that River Country would be closed permanently.

The bad location, lack of guest interest, and some accidents in the park cumulated for the park’s permanent closure, and the property was forgotten.

In May 2018, Walt Disney Company announced that they would be starting construction of a new deluxe nature theme resort called Reflection – A Disney Lakeside Lodge. The new resort is set to open in 2022, and it is set to feature iconic characters from movies like Bambi, The Fox and the Hound, Brother Bear and Pocahontas.

If you ever stayed at Disney’s Pop Century Resort or Art of Animation resort you might have seen some similarities between the two resorts. Coincidence, absolutely not!

The resort was set to open in 2001, but with some of the construction delayed, the opening of the resort was pushed to 2002. However, 9/11 happened and plummet the tourism industry in the country. This postponed the opening of the resort since there was no demand for more hotel rooms. Yet, construction continued in the Classic Years side until its opening in 2003. But, the Legendary Years side was left untouched since 2001.

In 2006, Disney announced that they would restart construction on the abandoned side of the resort, but construction didn’t restart and no reason was given.

In 2010, ten years of finished building pilling dust, it was announced that a new resort would take its place. Yes, Disney’s Art of Animation Resort. However, the original buildings designed for the Legendary Years side of the Pop Century resort still stand. The Little Mermaid section of the resort now houses two of those original buildings. This explains why The Little Mermaid section has standard rooms, compared to the rest of the resort that has family-style suits.

If you know a little about Walt Disney’s childhood, you know that he was raised in Missouri. This would show to be an important fact in early 1963 when Walt Disney and St. Louis’ mayor of that time met and the plans for a new Disney park come to light. Yes, St. Louis, Missouri was supposed to host Disney’s second park after Disneyland in California.

The plans were to build the new theme park in the riverfront area of St. Louis. In 1963, the riverfront area was already undergoing major redevelopment for the city’s bicentennial celebration. The new park, named Riverfront Square, would have stood in two city blocks north of Busch Memorial Stadium.

River Square would have resemblances to Disneyland with the entrance of the park being similar to Disneyland’s Main Street; one side of the street based on Old St. Louis and the other based on Old New Orleans. The park had some featured attractions planned for construction that are very known to us today; Pirates of the Caribbean, the Haunted Mansion and the Western Riverboat ride (its design was later incorporated into Big Thunder Mountain Railroad).

Plans for the park fell through in 1965 for several reasons, but the most known reason was due to financing and ownership of the park. But, not all was lost. Because of the fall through of that project, Disney focused his attentions on Florida to what would become the Walt Disney World we know today.

So, did you know any of these stories? Let us know in the comments below.